Why period pain is everybody’s business 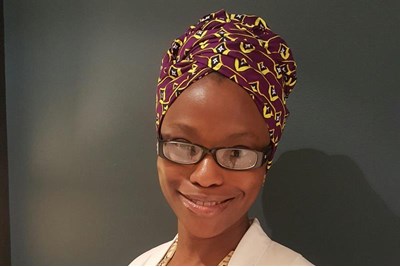 When it comes to periods, we’ve come a long way from the highly taboo subject it once was just less than 50 years ago. Social media has encouraged a more open discussion on topics such as period pain and period poverty. Yet when it comes to raising awareness on how it’s affecting the workplace and what we can do about it, we still have a long way to go.

Women make up roughly 40% of the global workforce and around 20% of them experience intense period cramps. In a study conducted by YouGov for BBC 5 Live, it found that 52% of women had missed work due to period pains. Very few of them were honest with their employer about the real reason for their absence. It goes without saying that lost time affects work productivity, which has a domino effect on the overall performance of a company. In the US alone, it accounts for the loss of over $400 million annually.

About 80% of the women I encounter, both in and outside of my practice are unaware that they do not have to be in pain or that period pain is not even normal in the first place. Pain of any kind, whether it’s back pain, knee or eye pain, you’d want to get it checked out. Period pain is no different. It’s likely many have gone through the tedious cycle of taking painkillers and calling in sick to work due to intense abdominal/back pain, vomiting or nausea. If periods are affecting your work productivity, then that’s not normal and the underlying problem needs to be addressed.

Several things can be done to bring attention to this and raising awareness that we can get rid of the pain, naturally, is instrumental to reducing the staggering statistics. Firstly, companies can do more to promote a sense of wellbeing by having designated days for employees to learn and be inspired about their health. More emphasis needs to be placed on promoting better diet and nutrition.

Secondly, companies can do more to acknowledge that periods for some women may mean a drop in productivity, due to a change in hormone levels. Several companies in Japan, Indonesia and British company Coexist, have acknowledged women’s cycles and have introduced something called ‘period leave’, where women are given one to two days off work if they’re in intense pain.

It’s fair to say many, even those heavily affected by period pains, are quite divided on this concept. Some see it as further subjugating women to being the weaker counterpart, and therefore not being taken seriously. Conversely, menstruation isn’t an illness and a regular cycle is actually a sign of good health. Instead of turning to painkillers or ‘period leave’ as the solution, we could try exploring the root of the pain.

Period pains are a very real issue. And with it having such an economic impact, it’s fair to say it’s everybody’s business.

Rosemary Umolu is a medical herbalist