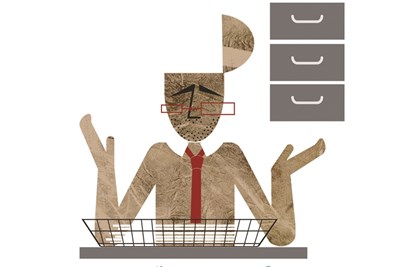 As interest in employee engagement appears to wane, some are asking if it's still a relevant consideration for businesses

It was back in November 2012 that 40 prominent business leaders signed an open letter to The Times on the importance to the UK of employee engagement. The move was orchestrated by Engage for Success, a government taskforce set up the previous year to tackle the so-called engagement deficit.

In tandem with the open letter, Engage for Success released a report, Employee Engagement – The Evidence, which found that only a third of people were fully engaged at work, with the majority not reaching their full potential. Rectifying this wasted opportunity, it was suggested, could boost UK GDP by a whopping £26 billion. Engagement was firmly on the agenda and the buzz around the issue was impossible to miss.

So what, if anything, has changed in the intervening two-and-a-half years? Is there still as much momentum behind improving our engagement levels – or has the wind gone out of the sails? And what’s likely to happen next?

“At its heart, employee engagement is about having motivated staff who understand and are committed to their organisation’s goals and, importantly, work in an environment that allows them to flourish and perform at their best,” says University of East London director of corporate services Wendy Cartwright.

“This is all, of course, easier to say than deliver, and lots of things can get in the way of this aspiration. What worries me is the idea that some people might be getting bored with the concept: just because we have been talking about employee engagement more, it doesn’t mean that we have made a positive impact on employees’ lives or organisational performance yet. I’d hate for employee engagement to be seen as a fad, and for HR to now start looking for the next shiny new initiative. I think HR is at its worst when we flit about from one thing to another.”

Cartwright, former HRD of the Olympic Delivery Authority, has been one of the driving forces in making the link between engagement and employee wellbeing. As chair of the Engage for Success Wellbeing subgroup she oversaw publication of a well-regarded white paper exploring the “virtuous circle” that happens when employers succeed in fostering a mutually reinforcing relationship between engagement and wellbeing.

In Cartwright’s view, getting employee engagement right goes to the core of good business practice, and consequently takes several years to implement properly. While the “sceptics are still sceptics”, she believes that those who “get employee engagement” are in it for the long-haul.

According to Cartwright and others, there’s no longer the degree of buzz around the topic as in late-2012. This is not to say that the amount of time and money being invested in engagement initiatives has slumped, but it’s fair to say the issue is no longer flavour of the month.

Hitachi Rail Europe HR director Kate Naylor thinks this is no bad thing. “My view is that, while the focus on engaging employees should always be there for HR professionals and business leaders, we should stop talking about it so much,” she says. “Employee engagement has become something of a pseudo-science, especially when we talk about measuring it. I think employees get tired of hearing the term and we should use it sparingly.

“We’re really talking about elements that should be ‘business as usual’ – treating people well, making sure there is a collective sense of purpose so that people feel they are pulling in the same direction, having great managers and taking time to communicate effectively. Not really rocket science.”

The point about measurement is an interesting one. The CIPD has been doing work around tools and techniques for measuring engagement. But the truth of the matter is this field is still in its infancy, with a dearth of recognised standards.

Stephen Dando, a former HRD now working in private equity, believes that while Engage for Success did a good job of generating energy and passion around engagement, this on its own is insufficient. “It’s very important but what that creates if you are not careful is a sort of ‘push’ momentum. The deeper question we have to be asking is how do you create more ‘pull’ for this agenda? And I’ve long believed one of the things that will catalyse the next upward shift will be getting analysts and investors much more interested.”

At the moment, when companies unveil their financial results or make presentations to investors and City analysts, engagement issues are seldom addressed. Dando argues that if the investment community can be educated on the link between high engagement levels and outstanding business performance, it will naturally lead them to take engagement more seriously. The key to this, however, lies with the introduction of those consistent, credible metrics that make reliable like-for-like comparisons possible in the same way as accountancy standards.

“If [the investment community] believe what we are saying, they are educated and they have got the bit between their teeth, they will get up and start asking companies these questions: what is your engagement performance, why is it not better than it is?” adds Dando. “Once they are asking these questions, you bet that boards are going to be asking the same questions of management. And then everyone is going to get on their toes about it.”

But of course measurement of this kind will prove challenging. While there’s certainly no shortage of data that correlates high performing organisations and teams with engaged employees, getting data that shows cause and effect is a taller order.

Another potential brake on the evolution of engagement is an over-reliance on employee surveys. Such surveys, says Engage for Success co-chair David MacLeod, are vital but should be seen as a spur to conversation rather than the be all and end all. In MacLeod’s view, a survey should make up 10% of an engagement programme, not 90%.

As Aon Hewitt notes in its report Trends in Employee Engagement (2014), changing workforce composition will be a significant driver going forward. Millennials are “setting the tone” for employee engagement and the evolving employment contract.

It’s widely accepted that the role of line manager, supervisor or team leader is of vital importance in engaging employees. “Enlightened CEOs are realising that groups of frontline managers are absolutely where the party’s at,” says Global Growth Institute founding partner Wayne Clarke. “If you are going to create engagement that impacts service delivery at the front end, if their experience of coming to really changed.”

Clarke says that “utopia” for a lot of organisations lies in figuring out how to align what the CEO believes to be the values and purpose of an organisation with employees’ take on the same matters, and that getting this right is particularly important with respect to customer-facing staff. In large businesses with several tiers of management, this can prove elusive. An interesting and illuminating exercise says Clarke, is to show CEOs the six-month development plans of frontline employees: CEOS will often be horrified at how out of kilter these are with the corporate aims and values they are busily espousing.

“I am still going into companies now where I meet really upset and frustrated workers at the front end of the business, often on minimum wage. One guy said to me: ‘We are the lowest of the low, no one cares about us.’ He’s seen programme after programme and had values shoved down his throat.”

He adds: “And at the same time a leadership team will talk about the journey they are on to become a really great employer. It’s so seductive when you hear the aspirational words from the leaders, it makes you feel you should put the candles on and have a little dance. And then there is the reality of the men who aren’t listened to, are never consulted and find out information third-hand.”

The buzz around engagement has clearly died down a little, but the need to get it right is as pressing as ever.