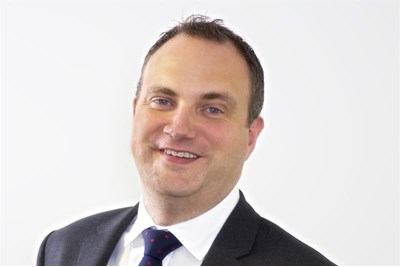 In December 2018 the government published its proposed reforms as part of the Good Work Plan – its response to the Taylor Review. The result is the biggest package of workplace reforms for more than 20 years.

HR professionals must prepare thoroughly to ensure compliance with the new regulations. Earlier this month 6 April marked the one-year countdown until the majority of the changes are introduced. However, HR professionals aren’t entirely off the hook for 2019, with some of the regulations being introduced from this month.

Changes introduced from this month include increases to the National Minimum Wage and Living Wage, as well as increased employment rates. Employees should also be advised of the increase in minimum auto-enrolment pension contributions as well as amendments to the rules around payslips. From this month employers must provide itemised payslips to all time-paid workers rather than just to employees, which must detail the number of variable hours worked and the rate of pay. For salaried workers the detail must only include additional pay for overtime work.

The reforms have been introduced to strengthen employment rights and improve our working lives, while ensuring that regulations are fit for purpose. The changes take into account the growing freelance workforce, the increasing numbers of people employed in the so-called ‘gig economy’ and introduces extended protection for casual workers.

Changes to the day-one statement of written terms now encompass all workers, not just employees. Coming into force in April 2020 it extends the current written statement. HR professionals should review contracts and offer letters and update procedures well in advance to avoid any omissions.

The Agency Workers Regulations (AWR) are also changing, with Swedish Derogation no longer applicable from 6 April 2020. Agency worker contracts will need to be reviewed, with provision made for increased costs.

Updates to holiday pay are also included in the changes, which will now be calculated over 52 weeks instead of the previous 12. The consequence of getting this wrong could be unlawful deductions from wages claims. To mitigate against errors HR professionals should review holiday pay calculations and make provisions for increased costs.

One of the most notable changes, effective this month, is the increased maximum penalty for employers that behave reprehensibly. This is now £20,000 – a sizeable increase from the previous £5,000. I expect the future will herald further changes on aggravated breaches of employment law, including steps to encourage tribunals to consider sanctions more frequently. The reintroduction of tribunal fees is not included in the Good Work Plan but could be on the cards in the future.

While the Good Work Plan represents a major overhaul of employment law it is likely to be followed by further changes in the coming years, which will further strengthen protection for workers. For example, we are likely to see future changes around the rights of all workers to request more predictable and stable contracts, moving forward with the flexible working regime. Changes to continuity of employment rules are also mooted, which would affect casual and seasonal workers.

As 2019 progresses we are likely to see additional proposals and discussions put forward to further strengthen the protection afforded to workers, with several high-profile cases likely to stimulate further discussion if not setting precedent for law in practice.

HR professionals should use the coming months of 2019 wisely, mitigating against any potential issues and taking legal advice on any areas causing concern.

Simon Whitehead is a partner at HRC Law