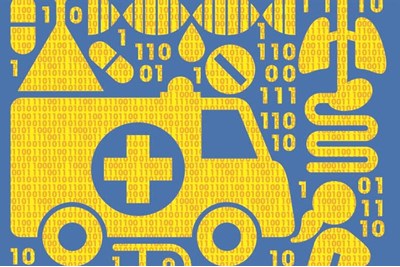 For many employees flexible working arrangements are a dream come true. However, a change of scene can have some serious repercussions for our health

Looking for a more flexible approach to your job? You’re certainly not alone. Last month a pan-European study of 11,000 working adults by ADP found one in three would like an entirely flexible working pattern.

And earlier this year a Robert Half survey of 200 senior HR professionals showed that remote working in the UK has increased by more than a third over the last three years. Nearly two-thirds (60%) of the HR directors surveyed believe greater autonomy over working practices results in increased productivity.

More businesses are realising the productivity and health and wellbeing benefits of allowing employees to work where and when best suits them. David Shields, head of diversity and inclusion at law firm Herbert Smith Freehills, provides a neat example of how allowing staff to work from home can be a win-win set-up: “There’s one guy who normally has a two-hour commute so he uses one hour of that to get more work done and one hour to see his children. That seems fair to me.”

And yet flexible and remote working are not without their health and wellbeing dangers – pitfalls that the HR community is only just getting to grips with now, say those in the know.

So what are the potential dangers, and how can they be mitigated?

Digital technologies have enabled a change in the way we operate, but evidence has emerged showing that IT may pose a threat to employee health. Monideepa Tarafdar, professor at Lancaster University Management School and co-author of The Dark Side of Information Technology, a paper based on 14 studies covering more than 3,100 employees and 28 organisations in the US, warns that ‘technostress’ can sap employees’ wellbeing and undermine their productivity and innovation, especially among flexible workers who are unable to switch off. In one study of mobile email users, 46% exhibited medium to high addiction-like symptoms.

A separate Esri poll of 1,000 UK adults discovered that more than 35% are affected daily by debilitating stress from data overload. Additionally, more than a third said they struggled to absorb content.

“Paying attention to a vast amount of data requires multitasking – rapidly switching attention from one source to another – which has been found to increase levels of the stress hormone cortisol,” says Dimitrios Tsivrikos, consumer and business psychologist at University College London. “Receiving novel information activates the brain’s pathway, which leads to a continuous cycle in which we are compelled to seek out more and more information, eventually resulting in a state of restlessness.”

Tarafdar’s report recommends HR works closely with IT departments to monitor technology use and introduce warning signs when excessive behaviour is detected. However, she says the process is not straightforward: “It’s not as easy as saying ‘let’s switch off the email servers at 6pm’ because some people work at that time. This is where the nuances come in; it’s something that has to be worked through in conjunction with technology [departments].”

Rebecca Mossman, HireRight’s HR director, EMEA and APAC, believes employers need to set expectations and be explicit about them. “It’s making sure you find that balance and are clear what you want that role to do and how much flexibility you expect,” she says. “Are you giving the flexibility to work from home so that person can take a few hours out of the day and log in again in the evening? The important thing is that [the employee] delivers what is required within their working week. They should not feel guilty because they’re not sat at their desk 24/7. If they were in the office they’d have a coffee and take a lunch break with friends.”

There is also the danger of remote workers feeling forgotten, undervalued and unsupported away from the office. Mandy Rutter, psychologist at wellbeing consultancy Validium, reports that Validium’s employee assistance programme helpline receives the most calls on these subjects.

“[Home workers] often feel that they are not cared about and their only value is their online presence,” Rutter says. “There is no one saying ‘come on, look after yourself. The office is closed you can pick it up tomorrow’. What we grow from and get nourished by is our connectedness with others.”

Lucy Gilmore, HR director at PHA Media, calls this ‘out of sight, out of mind syndrome’. “Working remotely has a big red flag for me and that is the potential for breakdown in communication, and reduced investment in relationships with colleagues and the employer,” she says. “This can lead to a huge range of performance issues as well as a decline in commitment to the business. Staff feel undervalued, unseen (literally) and completely unsupported.”

Janice Haddon, MD of leadership consultancy Morgan Redwood points out that everyone is different, meaning home working just won’t suit some employees. “For some the lack of contact with others during the working day can actually lead to demotivation and in the extreme, depression,” she says. “As with everything, one size does not fit all.”

For those that could thrive (and help the business thrive) through a more flexible approach, continuous interaction is crucial. Steve Mosser, CEO of Sensée, the UK’s largest employer of home-based workers, argues ‘isolation’ is not a problem if it’s recognised and work is organised in a fashion where people have regular touch points and ‘huddles’.

“We built the LiveDesk as a means for everyone that works on the same client account to have their own virtual office where they can chat, share and support each other,” he says. “They have weekly team huddles and also a weekly coaching and development session with their line managers.”

But Rutter stresses the importance of scheduling reasonably regular face-to-face catch-ups too. She warns that someone might appear to be performing output-wise but their physical appearance can paint an entirely different picture. “[Emails are] not going to show you that I’m stressed. You can’t see bags underneath my eyes, or that I’m losing weight,” she says.

Earlier this year a survey of more than 2,100 adults by the British Chiropractic Association revealed that 26% of people find using a laptop or computer a trigger for back pain. “‘Text neck’ or office syndrome is almost an epidemic,” says Paul Morrissey, an osteopath with more than 20 years’ experience, based at the Osteopathic Clinic of Physical Medicine in Croydon.

“Over the past two years I’ve seen a 50% rise in the number of people presenting with neck, upper back, shoulder, and wrist pain caused by poor work-related posture. Employers need to ensure their staff are working in safe environments, not on their sofas or kitchen tables. I know some people who will work for seven hours straight hunched over a laptop, which causes all sorts of problems.”

According to Acas, employers’ duty of care extends to homeworkers. Companies should therefore carry out a risk assessment to check whether the proposed home workplace’s ventilation, temperature, lighting, space, chair, workstation, and floor are suitable for the tasks the individual will be carrying out.

Sensée’s Mosser says workplace assessments can be conducted virtually, while corporate wellness coach Alisa Burke recommends remote workers factor movement into their working day. “I am shocked by how many fewer steps I take on the days I work from home unless I schedule long dog walks or walk errands to compensate for all the steps I usually take catching the train and Underground,” she says.