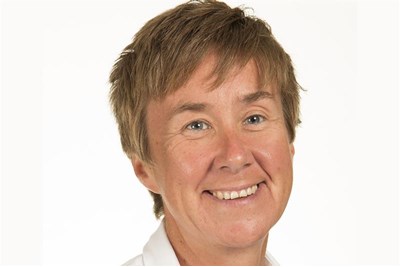 Sleep should be integrated into the organisational resilience and wellbeing agenda

At the moment we’re seeing a trend of sleep deprivation, particularly among senior leaders. This is despite a significant body of evidence outlining the detrimental effects, including on job satisfaction, workplace deviance, workplace motivation, unethical behaviour and abusive supervisor behaviour. These are all factors that can affect the bottom line.

Lack of sleep can exacerbate serious health conditions such as cardiovascular diseases. It’s also associated with riskier decision-making, absenteeism, presenteeism and the prevalence and severity of workplace accidents.

According to a 2016 RAND study the annual number of working days lost because of insufficient sleep is 0.2 million in the UK. This, according to RAND, costs more than £37 billion (1.86% of our GDP).

So why aren’t we getting enough sleep? Working to shift patterns, across different time zones simultaneously, and international travel are all factors. Artificial lighting and handheld technologies at night, ever-increasing pressure to perform, and the general lengthening of the working day all also make getting optimal sleep more difficult.

Businesses willing to address the issue of poor sleep may not just improve the health and wellbeing of employees, but might also put themselves at a competitive advantage. The behaviour of senior leaders in this area is vital. Senior leaders set the direction and strategy and act as role models.

In a Hult International Business School survey, six critical areas were identified in which senior leaders claim they have experienced a significant drop in performance triggered by poor sleep. These included difficulty altering management style to suit a situation, inability to analyse management information from a variety of sources, being less effective at formulating opinions, a decreased ability to hold strategic conversations and make decisions, and being less mindful of one’s impact on others.

Sleep deprivation, however, is not just an issue for senior leaders. The Hult research highlights some interesting generational differences.

Despite young professionals reporting the greatest length of sleep per night, they also reported the greatest impact of sleep deficiency on their physical and emotional health. For example, 75% of 20- to 34-year-olds cited feeling lethargic as a side effect of sleep loss, in comparison with 54% of those aged 50 or over. Younger people were also more likely to report stress and anxiety resulting from a lack of sleep (at 71% and 84% respectively), compared to 55% and 72% for people aged 50 and over.

Although older workers report getting less sleep, junior employees appear wiser to the impact of poor sleep. Ageing has been shown to decrease the impact of sleep loss on cognitive functioning and older people may also recover faster.

But it’s also possible that younger workers are more candid about how sleep affects them. If this is the case then sleep is an area that needs urgent attention from HR specialists and business leaders.

The research shows that poor sleep has an impact on individuals at all levels – physically, socially, emotionally and cognitively. In an ‘always on’ globally-networked business culture the pressure to be seen to be ‘performing’ appears to be contributing to a sleep-deprived workforce.

Managers and HR professionals need to take note. The challenges of sleep deprivation must be communicated effectively across all levels. Sleep should be integrated into the organisational resilience and wellbeing agenda. Our research suggests a focus not just on leaders, but also on younger members of the workforce who are vocalising the negative effects of sleep loss the most.

It seems a lack of quality sleep is far more serious than many managers and HR professionals appear to believe. Perhaps it’s time to start telling some bedtime stories.