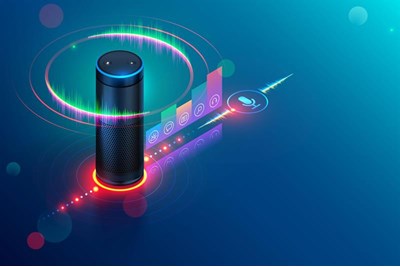 What are the pros and cons of using voice assistants in the recruitment process?

When McDonald’s announced it was continuing its march towards an automated future by pioneering voice-based recruitment, the HR community was intrigued – and perhaps also wary. The launch of its McHire platform made the fast-food giant the first firm to use voice assistants, such as Alexa, for recruitment.

Leveraging technology to boost the efficiency of talent acquisition is certainly welcomed, but could we be getting caught up in the hype?

Although it’s still early days for Alexa and her hiring hat, Toby Levy, general manager of BrighterBox North, feels the McDonald’s announcement is a “bit gimmicky”, given that after answering a question or two the candidate is texted a link where they can apply for the role as normal.

“That said, there’s no question this is where recruitment is heading. What McDonald’s has done, stunt or not, has opened up the world to the prospect of voice-led recruitment and what an exciting prospect that is.”

Annie Hammer, head of technology and operations consulting for the Americas at Alexander Mann Solutions, which partnered with McDonald’s to build and deploy the voice application process, agrees.

“It falls in line with what candidates are experiencing as consumers and it’s where talent acquisition should be heading. According to ComScore 50% of all internet searches will be voice activated by 2020.”

So with many employees likely to be in a ‘new year, new job’ mindset, we ask what HR teams should do – and not do – when using voice assistants for hiring.

Make sure it works for you

Consider the audience you intend to reach, advises Victoria McLean, founder and CEO of City CV. For example, if you’re searching for the next CEO it’s perhaps not the way to go.

“Alexa is being used to find applicants who are fun, friendly and responsive, just like her. So if you’re a large-scale global employer like McDonald’s that is constantly seeking a steady stream of often entry-level job applicants this makes perfect sense.”

It should also fit with current operations, Hammer adds. “While there may be a preconception that global corporations are best placed to bring this technology to market, mid-sized companies with less-complicated tech stacks may actually be better placed to join the voice search revolution in the short term.”

Businesses must ensure content about the job and company is optimised for specific voice-activated searches, says Caryl Thomas, director of the HR Dept Cardiff, Newport and Monmouth, giving the example: “Alexa, find me marketing jobs within 10 miles.”

And be prepared to admit it may be an unsuitable hiring tool for some roles, she adds.

It’s no good launching a ground-breaking initiative and expecting applicants to stumble upon it by accident. However, it is natural to get something of a backlash at first, with research from TribePad showing candidates often dislike new recruitment systems initially.

“Not everybody will know how best to use the technology, so there will need to be instructions communicated effectively on your website,” explains Sadie Jones, account executive at Clearly PR.

Also make clear this process isn’t the only option. “Highlighting that candidates don’t have to apply via voice assistants, but they now have the choice, should satisfy the talent pool,” Jones adds.

Almost half of jobseekers think automation dehumanises the hiring process, finds TribePad research, so it is essential to retain some emotional intelligence.

“It’s on hiring organisations to strike the right balance between automated processes and human interaction, ensuring candidates can apply in a way that works for them without the worry they’re being gamed out of the process,” says TribePad CEO Dean Sadler.

Thomas agrees: “Having a human element, especially to make the final decision about whether a prospective employee is right for your business, will still play a key role and shouldn’t be forgotten.”

With Amazon’s AI hiring tool hitting headlines because of its bias against women, concerns around discrimination must be addressed.

“Employers must have clear processes in place to check that algorithms generate objective outputs and don’t reflect any prejudices of the programmers,” explains Paul Killen, partner in the Osborne Clarke employment team.

“The system could have a pre-recorded set of questions. This would eliminate bias and simply focus on skill-specific or competency-related questions. Using recognition software the system could simply ‘listen’ for keywords like any other first-line interviewer,” she says.

There are other potential legal issues however, says Killen. “There are also concerns surrounding the use of personal data and what will happen if a candidate refuses to consent to being subject to automated decision-making. What will be the alternative process for this stage of recruitment?”

Yet there are some clear compliance-related benefits: “AI won’t go ‘off script’ and ask questions or make comments that could lead to discrimination claims. There will also always be a record of the interaction, so any challenges raised about the integrity of the process can be answered with certainty.”

Limits of "spying" on staff