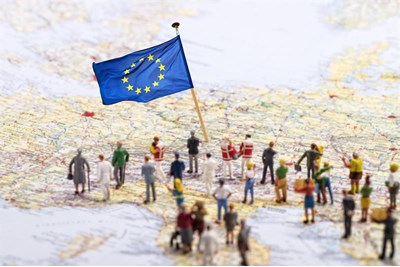 As MPs prepare to vote on whether to back May's deal for leaving the EU, Prospect reveals that EU workers feel unwelcome in the UK

Two-thirds (66%) of Prospect's EU membership have considered leaving the UK as a result of Brexit, according to membership research.

Reasons given included being worried about paperwork, being made to feel unwelcome, the government’s hostile environment, worries about being directly or indirectly discriminated against, uncertainty about their leave to remain, and general economic uncertainty. When asked whether Brexit has made EU citizens feel less welcome where they live, 85% believed it has.

Prospect's EU members were also more pessimistic than members generally about the impact of Brexit on their work, and on their industry overall. Sixty-five per cent of EU nationals said they thought Theresa May’s Brexit deal would negatively affect their work, with a further 5% saying it would affect them positively, 4% citing no impact, and 26% not sure. This compared with 47% of members overall (6% 'affect positively', 16% 'have no impact' and 31% unsure).

The research comes as MPs are preparing to vote tonight on whether to back May's deal for leaving the EU. With many of May's own MPs expected to join opposition parties to vote against the deal, it is widely expected to be defeated, which could lead Jeremy Corbyn to call for a vote of no confidence in the government. There is also growing speculation that whichever course May then pursues, she will be forced to announce that she will ask the EU27 to extend article 50.

The science and research sector is particularly at risk from Brexit, Prospect highlighted. ONS figures suggest around 175,000 EEA nationals work in this area, meaning if they leave the UK the sector could be left with a significant shortfall. Prospect members in this industry also expressed specific concerns about funding.

Mike Clancy, general secretary of Prospect, said that the government has not done enough to reassure businesses and EU nationals that Brexit can work for them, meaning people no longer feel welcome in the country they have made their home. He said that the findings paint a “depressing” picture of the lives of EU workers.

“Our members work in a variety of skilled professions across the UK economy and they are overwhelmingly telling us that leaving the EU will have a negative impact on their work, and on the industries they work in,” he said.

“It is particularly depressing that a large majority of EU citizens report feeling less welcome here because of Brexit and that many have considered leaving the country. This would be a disaster for vital areas of the UK economy including science and research, the arts, and heritage, which are already facing difficulties because of problems with funding and cross-border collaboration caused by Brexit uncertainty.”

Clancy called on the government to provide more clarity over Brexit, adding that: “Employers can also do their bit to reassure EU workers by agreeing to pay their EU settled status fee.”

Prospect surveyed people in its union membership. 6,203 members responded to the survey, with 547 answering 'yes' to the question 'are you an EU citizen from outside the UK?'