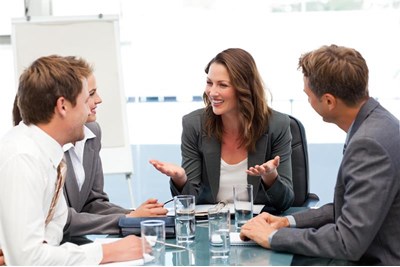 Leading employers have an open and transparent approach to developing internal talent, according to exclusive research from the Top Employers Institute

Its research Transformation through Talent, seen exclusively by HR magazine, analysed the practices of 1,500 leading employers, and explored how they are attracting, retaining, and developing talent in order to drive change in their organisations.


It found that 89% of employers designed their leadership development programmes for different roles and levels, with the same percentage (89%) stating that their model focuses on the competencies and behaviours needed.

This suggests top UK employers are taking a broad, democratic approach towards leadership development. Rather than identifying high-potential employees by looking at specific departments or seniority levels, these companies focus more on specific traits and attitudes, researchers said.

Respondents also recognised the need to adapt their leadership development model as the organisation changes, with 82% stating that they evaluate it every two years.

Leadership development among top employers was also found to be clear, detailed and strategic. Researchers said there was a recognition among these employers that leaders affect every level of an organisation.


Almost all top employers had a detailed model for leadership development strategy (96%), a description of leadership culture (94%), clear objectives (93%), and a clear overview of policy, processes, steps and timelines (89%).

Leaders have also taken a more hands-on approach to development than in the past, with 81% being actively involved in delivering training modules to share experiences and best practices. This compares to 72% in 2015.

Speaking to HR magazine, Phil Sproston, country manager UK and Ireland at the Top Employers Institute, said that talent development has often been undertaken in secret in organisations.

“Everyone knows that identifying and developing internal talent is important, but it can often be an unnecessarily secretive process. Organisations will know that there are high potentials out there but only a select few people in senior positions will know who they are, and they can be limited to people in specific positions," he said.

"It’s really encouraging to see these employers adopting a much more open, transparent approach towards talent development that recognises anyone has the potential to be a leader. For instance, if there is a particular opportunity for career development they might open up the application to everyone in an organisation regardless of seniority.”

Employers should build career development into roles, rather than it being an extra task taken outside of work, Sproston added.

“Sometimes talent development is seen as something that employees should pursue outside of work, but if you're eating into someone’s free time you are stripping away their motivation, and you’ll eventually lose them. Allowing them to pursue training as part of work and allowing them some time away from their desk is part of the difference between an organisation that is high performing and one that is essentially firefighting," he said.

“If you have an executive team that is fully focused and committed to talent at every stage of someone’s career it won’t just help your employees, it will be the key to driving forward your organisation. But this has to be an ongoing effort that requires continuous evaluation.”