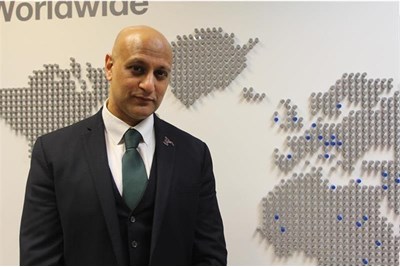 There’s a disease that we are all suffering from. The symptoms vary from minor to major implications but there can be no doubt that everyone is affected in some shape or form.

Sometimes the symptoms are very obvious but often they are hidden and usually it is only a small number of people affected while the majority are oblivious of the impact.

Those that have hidden symptoms are often not aware of how they themselves are spreading this sickness. Those that are impacted the most are not always heard or if they are heard, then their voices are silenced by the overwhelming majority.

Am I being too harsh calling it a disease? Am I being insensitive equating it to something like Covid-19?

A few weeks ago, I felt an enormous sense of pride in the nation as we celebrated our beloved NHS. As someone who suffered with asthma as a child I was very dependent on my NHS to help me through my formative years.

That pride was slightly dented the next day with the media coverage of #clapforourcarers and #thankyouNHS #ClapForNHS.

A number of newspapers led with the children of the Duke and Duchess of Cambridge, Prince George, Princess Charlotte and Prince Louis clapping looking adorable. Very cute and uplifting.

Other newspapers had pictures of the UK population showing their appreciation which was wonderful to see.

Not so wonderful was how many news outlets opted to show the Royal Liverpool University Hospital staff as their representative picture of the NHS staff that we are all celebrating.

This is not a criticism of the hospital staff themselves as I consider them all to be heroes, but indicative of a widespread problem.

My problem was with what we think the NHS looks like. The Reach website www.thanksamillionsnhs.co.uk which encourages users to “drop a heart” to show their appreciation for the NHS showed avatars of NHS staff all depicted as white staff.

This has since been revised to reflect a far more honest portrayal of the actual ethnic mix within the NHS.

The NHS is beloved. It is brilliant. And it is doing its best in spite of the various cuts to put itself on the frontline. But the NHS is also diverse and reliant on people from all parts of the world and walks of life.

It was sad therefore to see what felt like a whitewash of BAME contribution to the NHS. Anyone who has needed to see a GP, a nurse, or any of the services provided by the NHS care workers will know there is diversity in its workforce.

This is backed up by a Gov.uk ethnicity report which found that of the staff in medical roles 56% are white but 30% are Asian, 5% Black and 2.5% Chinese with the balance coming from other backgrounds.

If you are coming from an Asian household then there is a very high likelihood that your parents encouraged you to become a doctor, an accountant, a lawyer or engineer so no surprise to see so many people of Asian backgrounds in the medical profession.

Not so long ago the message to people of colour was to ‘go back to where we came from’, hateful rhetoric, not realising how dependent we as a British people are on the migrants and their descendants.

This contribution has had some attention over the past few weeks. On Saturday 28 March the first senior medic to die in the UK of Covid-19 was Amged Al Hawrani, a 55-year-old Sudanese ENT consultant volunteering his time on the A&E department.

He followed in the footsteps of Dr Adil Tayar, a 63-year-old Sudanese organ transplant consultant helping in the A & E department believed to be the first working surgeon in the UK to die from Coronavirus on along with an award-winning Pakistani GP Dr Habib Zaidi, feared to be the first UK doctor to die from the virus. This was followed by Thomas Harvey, Dr Alfa Saadu, Aimee O Rourke and Areema Nasreen.

As I write this my prayers go out to my nephew and his wife both serving on the front line who until recently were seeing Covid-19 patients without protective gear and still have yet to be tested.

They, like many of our brilliant NHS workers, are an inspiration and we are indebted to them, white and BAME included.

Sadly discrimination and racism never really went away and will remain with us unless we treat it with the same focus that we have given to the virus.

It might be argued that the virus deserved our focus as it killed so many and hurt many more due to its impact on both people and the economy.

The same argument holds true for people of colour who through the ages have suffered loss of life and prevented from participation resulting in a lower level of contribution to the economy.

Lady McGregor Smith’s review concluded that by enabling BAME workers to progress, a potential £24 billion could be added to the economy in the UK every single year.

Lives lost will stay lost, with hearts forever broken at their passing. These losses are sad and their contribution will be remembered but sadly not likely to be the last.

This lockdown will pass, the self isolation will pass and the virus will too pass. Life will at some point return to some semblance of normality although the world may never be the same again.

I live in hope and will continue to pray that capitalism and racism stay in the past and instead and we can value what is really important: the caring profession, each other and our planet.