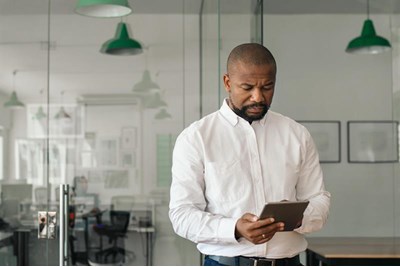 The content of paragraphs 5 & 6 above does not appear to suggest that the reduced stability is related to racial or colour prejudice. Also, if education has been ruled out as an influencing factor ...

Millennials from black, Asian and minority ethnic (BAME) backgrounds are at greater risk of being in unstable employment than their white peers, according to a report

The Race Inequality in the Workforce report from the Carnegie UK Trust stated BAME Millennials are 47% more likely to be on zero-hours contracts and also have a 10% greater chance of having a second job.

BAME Millennials are also 5% more likely to be doing shift work and are 4% less likely to have a permanent contract than white workers.

Millennials from BAME backgrounds were 58% more likely to be unemployed than white peers according to findings.

Each ethnic group studied showed varied work experiences. Those from Pakistani (9.1%), black African (8.7%) and mixed-race backgrounds (8.2%) were more likely to be unemployed than those who were white (5.1%).

However, Indian, Bangladeshi and black Caribbean adults were no more likely to be out of work than white peers.

The findings held even when other factors that could affect labour market success were taken into account, including gender, family background and education.

Douglas White, head of advocacy at Carnegie UK Trust, said: “This report highlights that young people from BAME communities are particularly likely to enter into precarious forms of work. We need policy and practice to recognise and respond to this to ensure that good work is available to all.”

The report outlines 13 recommendations for action, including employer audits of race disparity and greater government efforts to improve access to good work for BAME individuals. The report also suggests employers should identify priorities for tackling race inequality in their organisation and report regularly on progress.

The continued implementation of the UK government’s Good Work Plan is also recommended to ensure good quality work in the UK: for example new legislation to improve clarity on employment status.

Responding to the report, Conservative life peer Ruby McGregor-Smith said: “These new research findings paint a familiar pattern that I discussed in my government review Race in the workplace: persistent race penalties at the lower pay scale. A key solution we recommended, and which remains valid, is the introduction of ethnic minority pay reporting. Until organisations publish data and put plans in place to reduce pay gaps nothing fundamentally changes. It is time for action rather than words.”

The report is by Carnegie UK Trust, the UCL Centre for Longitudinal Studies and Operation Black Vote. It is based on research from more than 7,700 people in England born between 1989 and 1990. Researchers compared the employment status of 25-year-olds from different ethnic backgrounds.

The content of paragraphs 5 & 6 above does not appear to suggest that the reduced stability is related to racial or colour prejudice. Also, if education has been ruled out as an influencing factor (Para 7) it might suggest cultural aspects in relation to work expectations.