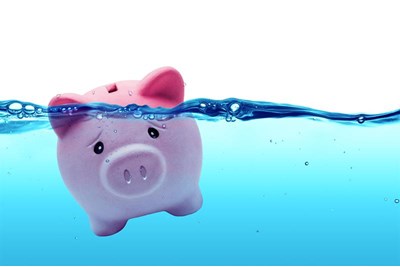 Contributions are often invested in organisations that aren't sustainable or mindful of the environment, and HR can help drive change

It’s clear HR has a key role in making organisations more sustainable. But even the most committed firms could be unwittingly channelling millions into investments that are causing serious irreversible damage to the environment.

“With pension plans there’s usually the core arrangement and then there’s an ethical or green alternative that very few people take,” explains John Chilman, chief executive of the Railways Pension Scheme, giving the example of green plans that won’t invest in firms where more than 30% of revenue comes from coal.

Chilman suggests that the dial would shift more if the default and alternative options were switched: “Why don’t we switch those around and have the green, ethical, environmentally-secure one as the default? This would require a mindset switch from people though.”

The problem is that, despite HR’s role in workplace pensions, the function – and the wider company – has “no choice” where the investment goes, with this decided by the trustee board.

But there are some ways HR can nudge it in the right direction. The trustee board will have some company-nominated members, so HR could help “manufacture” the board by putting forward individuals who are committed to sustainability.

HR can also help drive change by educating employees about where their pension is being invested, something Chilman believes most are currently in the dark about.

“Most employees don’t care what’s under the skin – as long as they’re not asked to put great contributions in and as long as the pension they get out is good,” he says. “So there hasn’t been a groundswell from employees to say ‘we want it to be invested in certain ways’. There are some – ShareAction lobbies on behalf of pension scheme members for more environmentally-friendly investment – but it’s rare.”

There’s also a perception that green pension schemes deliver lower returns, Chilman notes. Such concerns need to be dispelled, he says: “I think that’s part of the challenge; we need to demonstrate that through investing in a positive way people won’t lose out in the long term.”

That said, a widespread shift to green pension schemes might not be possible yet because there “probably aren’t enough truly ethical or green companies to invest in today”.

“When you look at the amount of money in pension plans, if we said we’re going to withdraw all the money from coal and oil then those are fairly big sectors in the investment universe. Then where do you put it?” says Chilman.

So interest around green pension plans is in its infancy. But if employers and employees are serious about committing to environmentally-friendly practices they should open their eyes to this area too.