The dangerous rhetoric of culture change 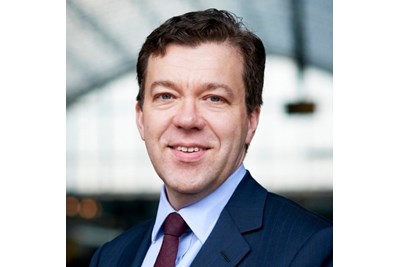 In this first of four articles on culture within organisations, I explore the three layers of culture and the difficulty of leading change.

As the world struggles to free itself from the beleaguered global economy, 'culture change' has become a watchword of politicians, executives and others keen to champion a better future. This is the rhetoric of optimism: cultural evolution is a chance to expunge what we believe to be diseased, nurture what is fresh and healthy, and create opportunities for others and ourselves. It is unsurprising that 'culture change' is often heralded with fanfare and excitement.

I contend, however, that in many organisations (and societies, too) the progressively glib descant on culture augurs not better prospects, but vexation and disappointment. Since the late sixties over two-thirds of organisation change initiatives have been considered a failure. Certainly with culture transformation, the likelihood is that you will formulate but not implement your strategy, or at best implement it with poor, even disastrous, results.

The simple fact is that culture change is very, very hard to orchestrate. When usually in response to a calamity, an executive declares: "What we need is a more client-oriented culture," the sheer complexity of the challenge cannot be known.

To explain this, let us begin with the popular notion of culture as 'the way we do things around here'. From this standpoint, the challenge appears disarmingly straightforward. The call to change tempts managers to tinker with procedures, publish new brochures and send account executives to off-sites in Cape Town. However, if the aim is to achieve enduring change, such tampering is futile.

No, culture is about something deeper than processes and handbooks. In firms that acknowledge this, managers expound 'our core values'. Pithy slogans creep into e-mail signatures, and full-colour posters proclaim from every wall the latest exciting vision.

Corporate communications approves a bold mission statement for the annual report, and a glossy mail-shot reminds each client just how important he is. Again, seductive declarations are not the way to achieve culture transformation.

It is true that observable artefacts such as systems and procedures, organisation charts and roles, dress codes, office layouts and, of course, behaviours make up one, the most superficial, layer of culture. Similarly, the espoused values that adorn mission statements, corporate slogans and PowerPoint slides, and that include philosophy, strategy and goals, make up the second layer. However, there is more substance to culture than this.

Consider the firm that declares customers to be its number-one priority. (Do you know any that does not, incidentally?) The web site, annual report and marketing collateral all proudly vaunt a 'personal service' with 'tailored solutions' based on 'commitment to quality'. Why, then, do sales executives pad out contracts with offerings that clients do not need? What makes account managers talk more than they listen? How come client support is so brittle?

The answer to such inconsistencies between artefacts and values may be found in the third layer of culture: tacit assumptions, or the deeply entrenched patterns of thought and perception that drive behaviour. The group (here, a company, department or team) has learned these assumptions in the course of solving historical problems. They worked sufficiently well and are now taught to new group members as the correct way to perceive, think and feel with respect to similar challenges.

This conception of culture (after management scientist Edgar Schein) illuminates how tacit assumptions that evolved from shared experiences trounce espoused values in determining human behaviour. To illustrate, let us argue that in an immature market sales executives learned two assumptions that brought success to their firm: first, that company profits were more important than customer satisfaction; second, that this year's target was worth more than long-term performance. The market has since evolved and it is now excellent client service that drives competitive edge. The unspoken assumptions of the sales executives are no longer valid, yet remain a powerful cultural force that endorses, for example, the padding of contracts in the pursuit of short-term gain.

The Schein model shows that culture is so stable because it represents the acquired learning that historically made the group successful: organisations, departments and teams can be quite impervious to the idea that their culture might no longer be 'correct'. The model also explains why no amount of tinkering with procedures or tub-thumping about core values will exert enduring impact on people's behaviour. Finally, what is important in culture is essentially hidden and, accordingly, hard to quantify: diagnosing cultural problems is a difficult, time-consuming and expensive process.

The glib rhetoric of culture transformation is dangerous because it sets impossibly high expectations about future prospects. Without a solid understanding of the intractability of the tacit assumptions that engender cultural norms, attempts to develop the organisation are bound to fail. Worse still, broken promises and frustrated ambitions lead to group and individual disappointment. This in turn carries the risk of long-term performance degradation. In our fast-moving world where organisations struggle even to survive, culture change is a noble endeavour. To take this challenge seriously is one of the greatest obligations of leadership.

Quentin Millington (pictured) FinstLM, helps multinationals to harness the potential of national and corporate cultures to enable executive and organisation performance. He is part-time specialist in cross-cultural leadership at Cambridge's Judge Business School.