The case for sacking Boris Johnson 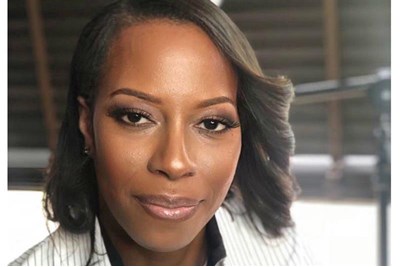 Ha! a wry and insightful article - with a serious point though, surely we should hold our politicians to the same standards as our CEOs, CFOs and CTOs. Can the electorate act like shareholders and ...

If Boris Johnson were head of a company, not head of the country, there would be a strong case for dismissal

Last week we saw behaviour from the prime minister that threw media outlets into a frenzy. But it seems no-one is quite sure what to do to about his actions. Being head of the Cabinet comes with just as much responsibility as being the head of any company. But somehow it seems as though Boris Johnson has escaped the disciplinary actions that might apply to his corporate peers.

Johnson has arguably the most important job in the UK right now. He has been set an objective (Brexit), and while the route to achieving his goal may not be clear, by proroguing parliament he has committed gross misconduct. He has misled his boss (the Queen), he has brought his office (parliament) into disrepute, and ridiculed his entire business (the UK).

Imagine Johnson were instead in charge of a large corporation; his actions would surely have consequences. Shareholders and board members would see to it that punishment was meted out.

All big businesses have disciplinary policies that their employees must abide by, and I see no reason why Johnson should not be called to account for his actions under the same rule.

A well-written policy would have found our leader wanting in a number of areas, any of which could singly be cause for summary dismissal:

Dishonesty. The Supreme Court has ruled that Johnson was dishonest when dealing with his boss and line manager the Queen. Not only was he dishonest, but he used this dishonesty to mislead her at a crucial time in an international deal.

Failure to comply with a reasonable instruction or contractual requirement. The prime minister is obliged to work with his colleagues in parliament to negotiate an agreement on a Brexit deal, in time for the very clear deadline of 31 October. He is instead potentially pursuing a no-deal Brexit.

Serious negligence that causes unacceptable loss, damage or injury. Quite what the extent of loss will be to the UK in terms of trade relationships with Europe and the US remains to be seen, but it is safe to say this event will have a huge impact.

Actions that have damaged or have the potential to damage the reputation and working relationship of the business. Parliament is in free fall, and many people have lost faith in both the government and the monarchy. One only has to walk through central London to see the upset, and that’s not on a protest day. A corporate business would collapse under such rebellion from its employees.

Absence from work without proper cause or authorisation. The suspension of parliament has been found to be unlawful. Therefore Johnson being away from his office should be considered unauthorised.

So if Johnson were CEO of a company what should happen next? Given that, as outlined above, he is potentially guilty of gross misconduct he should be investigated fully. During this period he should be suspended on full pay and a deputy be put in charge of his duties.

An individual in a more senior position and with no involvement in the case should be appointed as investigating officer. They should speak privately to all parties involved – the Queen, parliamentary advisors, Supreme Court judges – and then decide whether or not there is a case to be heard.

If such a disciplinary hearing were held and Johnson was summarily dismissed he would have the right to appeal, but where and how would we even start such proceedings? I don’t suppose the Queen would let me take her out for a working lunch...

Ha! a wry and insightful article - with a serious point though, surely we should hold our politicians to the same standards as our CEOs, CFOs and CTOs. Can the electorate act like shareholders and board members?