Telling a colleague they smell is "hardest workplace conversation" 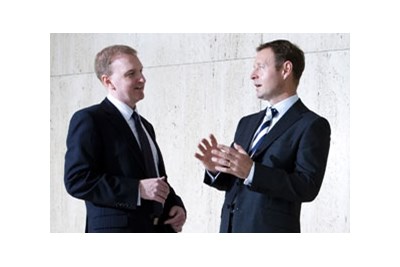 For two-thirds (66%) of British adults 'telling a colleague they smell' is the hardest workplace conversation, according to research from Cardiff University and female hygiene product manufacturer Balance Activ.

The researchers found that telling co-workers their clothes are inappropriate (4%) came next in a list of awkward topics, matched by scolding them for not working hard enough (4%). The next most uncomfortable topic was bringing up poor timekeeping (2%).

Employees said they struggle to confront the issue of body odour directly, with a fifth of office workers (19%) reporting they had complained to bosses about a colleague's smell. Meanwhile 15% claimed they had moved desks to escape an odour. Only one in eight (12%) had confronted a workmate directly.

Sue Ingram, founder and lead facilitator of communication training provider Converse Well, told HR magazine that HR needs to be involved in this kind of situation, but it does not need to be HR who speaks directly to the individual.

“If HR does the speaking then the individual will know that people are talking about them and that might cause more embarrassment for the person," she said. “Ideally it should be the line manager who introduces the subject, with HR ensuring that they do and providing support about how and when.”

Ingram explained that the business case for addressing this issue is strong. “Often individuals don't realise that they have body odour,” she said. “The individual will be subtly excluded from the team, people will physically give them a wide berth. If the employee is unaware of the reason for this they will start to create their own explanation, such as favouritism, ‘my face does not fit’, ‘hard work is not noticed or appreciated here’, eventually they will become embittered and cynical.

“You can change an individual’s life by letting them know there is an issue and supporting them in resolving it,” she added.

Take the time to recharge