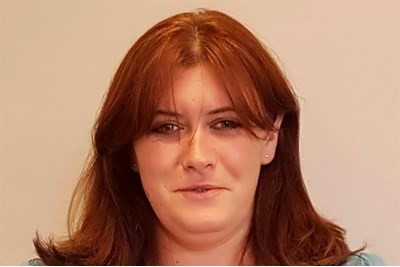 Radio presenter Danny Baker was recently dismissed by the BBC following an ill-judged tweet he sent on the news of the youngest Royal's birth. A UKIP MEP candidate is currently being investigated by police over a misogynistic tweet sent to Labour MP Jess Phillips back in 2016. England rugby player Billy Vunipola was cautioned by his team and sacked from Channel 4 after ‘liking’ an Instagram post judged to be homophobic. You don't need to search for long to find many examples of public figures in hot water with their employers over comments made on social media.

Although it might not receive as much publicity, handling social media mistakes made by less well-known employees is a growing area of concern for HR professionals and advisers.

Just how should employers deal with staff posting potentially-damaging comments on social media and how far can organisations go in searching a person's social media profiles when deciding whether to recruit or discipline someone?

The starting point is whether the employee or potential recruit has posted such comments publicly. A private message sent on Facebook to a few people grumbling about a bad day at work is unlikely to come to light and, if it does, unlikely to be enough to discipline anyone.

A public communication that can be viewed by anyone (whether a tweet, a post, a like or even an emoji) is largely fair game for employers, especially if that person is clearly linked to the employer's business. However, once you're aware of the communication the question of what you can do about it depends on a number of factors.

First, what do your policies say about social media? It's incredibly important to make sure they are clear on when social media communications will amount to misconduct. Policies should make clear that, because of its very public nature and the potential to cause offence or bring the employer into disrepute, appropriate behaviour on social media applies just as much outside of work, irrespective of whether the post was during working time or using work systems.

Secondly, be aware of possible discrimination. A tweet stating a person's religious belief that marriage is between a man and a woman only is offensive to many people, however that person has the right to follow their religious doctrines. It's also important to be consistent and make it clear to employees what level of monitoring you carry out (and potentially carry out a data protection risk assessment). If, for example, you only review the Instagram feed of the employee who recently blew the whistle or raised a grievance, taking any action against them is going to be very risky as they would have a good case for saying they have been singled out and potentially victimised.

Finally, as with any misconduct, it's important to properly investigate and to follow a fair procedure.

When it comes to vetting potential recruits via social media, consistency is again important. If you only check out the social media profiles of female applicants you will get into trouble. In addition, if you are looking up people on social media and decide not to offer them a job, make sure you document why. People reveal a lot about themselves on social media, including information about their own or others' protected characteristics. If you haven't documented the reason for turning them down, it's easy for them to say: "It's because you saw on my Facebook profile that I'm gay or mixed heritage or have a disability.” Remember that discrimination claims can be brought by job applicants, irrespective of whether they get the job or not.

Sometimes, however, the decision to vet new recruits pays off. In 2015 a woman posted on Facebook: “I start my new job today, but I absolutely hate working at day care. Lol, it’s all good, I just really hate being around a lot of kids.” Her new employer, a day care nursery, saw the post and informed her not to bother coming in.

In monitoring employees' social media posts or vetting potential employees, employers must be aware that they will be processing personal data and potentially ‘special categories’ of personal data or even criminal offence information. This should be clearly covered in the employer's job applicant/staff privacy notices and accompanying appropriate policy document, setting out the lawful conditions relied on for processing this particular kind of data. One of the lawful conditions is when the data has manifestly been made public by the individual.

Despite the risks, there are many benefits in understanding what your employees or applicants are posting on social media: whether that is rooting out inappropriate conduct, promoting diversity and inclusion, or (as happens very frequently) identifying when someone is out dancing on tables while signed off with a bad back!

Holly Cudbill is an associate at Blake Morgan Solicitors