Resolving the Brexit deadlock: Reflections from a mediator 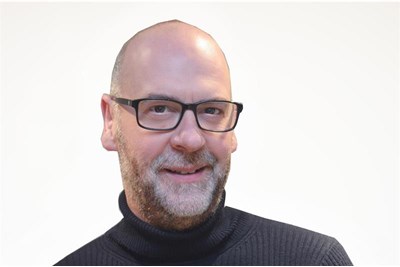 Excellent observation, the challenge you have here is that everybody wants to be right and nobody wants to listen and they make it about themselves. They need to stand back and ask themselves a ...

Bluff, bluster and bloody-mindedness won’t cut it and will ultimately lead to failure

The past few days in Parliament have seen a ratcheting up of tensions and rhetoric. Brendan Cox (widower of murdered MP Jo Cox) and church leaders are among those who have argued that the tone of the debate is toxic and damaging and that the unintended consequences of dangerous words are dangerous actions. MPs need to find a way, they suggest, to 'disagree agreeably'.

Others contest that the heated exchanges are no more than healthy and rigorous debate – a sign of a functioning democratic system. It seems that even the way we debate the debate has become divisive.

The deadlock and impasse of Brexit could and should have been resolved by now. However, the negotiations are multi-layered, multi-lateral and extremely complicated. The negotiations between now and the end of October (and beyond Brexit day itself should Brexit happen on 31 October) require a radical new approach to negotiation and problem-solving from our politicians.

Dialogue, empathy, collaboration and compassion could have helped to secure a resolution to the Brexit deadlock much sooner and without the same level of anguish, concern and confusion. Moreover, a skilled facilitator could have offered guidance and assistance to break the deadlock and maintain a level of momentum and purpose.

Theresa May’s red lines could have been turned pink if she had been open to exploring potential alternatives with the assistance of a skilled third party. Instead she became hemmed in by her increasingly dogmatic approach and by the political factions at either end of her party. This polarisation has only increased under the current leadership.

Opportunities for resolving the divisions are being ignored and relationships across the UK are becoming more fractured and more damaged each day. The language and tone of the debate, and the vitriol being used, seem to be making the situation an unpredictable and potentially dangerous conflagration that, without moderation, could overheat and explode.

I see the deadlock caused by unresolved conflict every day in offices, call centres, depots, wards, shops and boardrooms. I see the disbelief on people’s faces when I suggest that the parties should get into a room and talk and listen to each other. 'But that won't work' they exclaim... 'it's too late', 'it's too serious', 'it's too complex'. But I know (as do they deep down) that talking and listening, aka dialogue, is the only way to resolve a complex problem such as Brexit, or an office spat, or a community dispute, or a marital breakdown, or a boardroom battle.

Drawing on my 25 years’ experience as a mediator, there are three strategies I would urge our political leaders to use today. And these can be equally useful for HR professionals, business leaders, line managers and union leaders:

1. Give the other side a jolly good listening to. Take the time to really hear what the other side is saying. There are strongly-held views on all sides but there are no absolute rights or wrongs. Listen for meaning and listen to understand. Stop listening to defend your position. This ability to listen and engage will create new insights and new understandings. Articulate yourself clearly and avoid blame and attack. Encourage others to engage positively and with an open mind.

2. Walk in the other side’s shoes. Try to imagine why other people hold the views that they do and put yourself in their shoes. Reject the dogma of right/wrong, defend/attack, Leave/Remain and win/lose. Empathy is a great gift that is often reciprocated fully and generously. Our politicians and business leaders need to demonstrate self-awareness and recognise that they are setting the tone for how our country and future generations will resolve problems in the months and years ahead.

3. Aim for win-win. Seek out areas for mutual gain, reach out to those that you disagree with to identify common ground and consensus. Look for the win/win outcome and use the deadlock as a chance to identify and test innovative solutions. Being conflict competent requires courage and it also requires compassion. Courage and compassion are the signs of a great leader – we need our politicians to be great leaders right now.

David Liddle is CEO of The TCM Group and author of Managing Conflict: A Practical Guide to Resolution in the Workplace

Excellent observation, the challenge you have here is that everybody wants to be right and nobody wants to listen and they make it about themselves. They need to stand back and ask themselves a better question: what's the bigger picture and how can we as a group facilitator think as human beings first and foremost