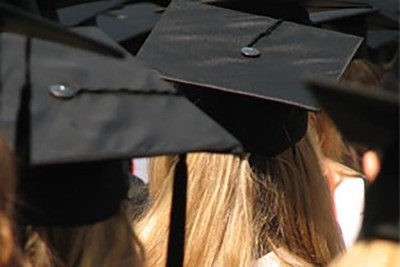 Research from the Sutton Trust has revealed that unpaid internships are rife, as a bill to ban those over a month long is brought to the House of Commons

Over a quarter of graduates (27%) have taken on an unpaid internship, with many having to rely on parents, friends and second jobs to get by, according to new research from the Sutton Trust.

Pay As You Go, based on YouGov surveys of graduates and employers commissioned by the Sutton Trust, looked at the types of internships that graduates are completing in their first few years in the job market.

The research found that graduate internships appear to be on the rise, with 46% of 21-23-year-olds having done one, compared to 37% of 27-29-year-olds. Younger graduates are also more likely to have taken on more than one internship. According to the report, there are around 100,000 interns working in Britain every year, with around 58,000 unpaid.

In many professions, internships are seen as a requirement before a first job. But previous research by the Sutton Trust found that an unpaid internship now costs a single person living in London a minimum of £1,100 per month, meaning many less advantaged young people are being shut out of careers. In prestigious industries such as the media and the arts (including fashion, theatre and TV), up to 86% of internships on offer are unpaid.

The report found that 31% of staff working in the offices of MPs and peers in Westminster had completed unpaid work, including 36% of Labour staffers and 28% of Conservatives. Just half of staffers (51%) had found their current job through an advertisement, with over a quarter (26%) gaining it through personal connections.

According to the research, a large proportion (43%) of unpaid interns rely on living for free with family and friends to get by. Just over a quarter (26%) rely on money from their parents, while a similar number (27%) have to work another paid job.

The report also found that both graduates and employers are confused about the current law on unpaid internships. Under national minimum wage (NMW) legislation, interns must be paid if they are expected to work set hours or on set tasks. Half (50%) of employers and 37% of graduates surveyed were not aware such unpaid internships are likely to be illegal.

Many internships offer little in the way of training, and are instead focused on completing necessary work for their employer, the report added, with 70% of employers saying that interns do useful work for their business.

While doing an internship is associated with a higher salary further along in someone's career, there is evidence that doing multiple unpaid internships may actually have a negative impact on employment and wages, the report stated, suggesting that many young people in certain industries are being trapped in cycles of unpaid placements without significant benefits to their career.

The Sutton Trust recommended that internship positions should be advertised publicly, rather than filled informally, and recruitment processes should be fair, transparent and based on merit.

Pay As You Go was published on the same day as a bill to ban unpaid internships over four weeks in length has been brought to the House of Commons. The bill was originated in the House of Lords by Conservative peer Chris Holmes of Richmond and is sponsored in the Commons by Alec Shelbrooke MP. The Sutton Trust is backing Holmes’ bill and would like to see all internships longer than one month to be paid at least the NMW of £7.05 for 21-24-year-olds, and ideally the National Living Wage of £9 per hour (£10.55 in London).

There are a number of reasons behind employers offering unpaid internships, she said: “Some of this is about complacency, but our polling showed that there’s a lot of genuine confusion over the rules. There still hasn’t been any prosecutions for not paying interns the minimum wage, so for some employers, the incentive isn’t there.”

Montacute said that regardless of the results of the bill, there needs to be more information available on internships to avoid exploitation, and warned that employers who do not pay interns risk driving away talent: “We really hope that the bill is successful, but even if the law doesn’t change, there needs to be more clarity for interns to know their rights. Employers also need to understand that if they are not paying interns, they’re shutting out a pool of talented people, and potentially putting them off returning to the organisation later on.”