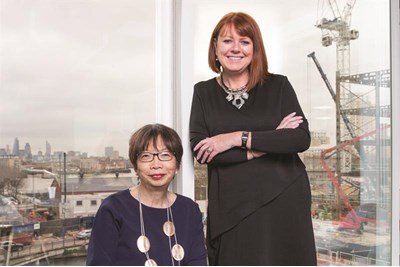 Would be interested to read Mee-Yans article which Lesley refers to above. Could you circulate it or add a link the in the artcle?

The world of publishing is undergoing a period of seismic, digital revolution-spurred change. Publishing companies must stay ahead of these changes or risk failure.

And so it was at Time Inc, when HR director Lesley Swarbrick arrived in 2014. It’s a company with a legacy going back to the 1870s that boasts such well-known titles as NME, Wallpaper and Horse & Hound. But Swarbrick knew “if we didn’t make changes the decline in print would mean we’d disappear.”

So the company set about transforming the way it worked, prioritising key verticals; identifying growth platforms such as video, events and e-commerce; acquiring new businesses; and streamlining editorial processes.

But such a large-scale change programme is no mean feat, and required careful management and an overarching focus on organisational development (OD). It also meant Swarbrick re-partnering with someone she’s worked with several times over her career: Mee-Yan Cheung-Judge, founder of Quality & Equality and visiting fellow at the Roffey Park management institute.

HR magazine sat down with them to discuss their partnership, change, and the importance of HR professionals understanding OD.

Lesley Swarbrick: Mee-Yan wrote this brilliant article that was about using yourself as an instrument, Gestalt principles about how you connect with people. I just loved it. I carry it with me and I always give a copy to every new HR person I bring in.

Mee-Yan Cheung-Judge: When you do big transformation HRDs who aren’t conscious of the macro, systemic, OD context will think their job is just to align the talent management, align the reward system, align the procedure. The HR and OD role is to play an educational role to the executive to say that’s not enough. You need to think about: if you change this part how does that affect the whole?

LS: There are a few words I don’t like. One is when people talk about ‘HR being in service of’. I get nervous and wonder what that says. The other is programme. That feels like a manufacturing process and I think human beings are different and when you put different combinations together you get different things. So how do you give it enough shape so you have some structure, but still allow it to emerge? How do you know at the start that some wonderful thing will appear because you’ve involved people?

MC: We looked at the applied behavioural science in terms of knowing how do we work with, not manage, the resistance? It’s: don’t forget the middle management because in transformation and change they are the ones who hold all the implementation power.

LS: I think the golden key is very often unlocking that middle manager who is there day to day, answering the difficult questions from staff, motivating people. It’s working with that group to make them more transparent about what’s going on, to equip them to talk. We’ve used appreciative enquiry a lot.

MC: Change by definition is to focus us on what’s not right, the deficit. Often that’s true but only partially true. There are lots of things that work well but by focusing on what doesn’t you turn the whole of the transformation into problem solving. But if you focus on what’s actually gone well you begin to build up the energy. The term we use is: what’s your positive cord? Like a spinal cord that stands you straight even in difficult times.

LS: The HR team are change agents, and we’ve got people from every bit of the business who put their hand up [to do that]. It’s making sure people aren’t inadvertently saying different things, using a slightly different language and confusing staff. Because there’s enough angst in the system already.

MC: It’s important those people are singing from the same hymn sheet. Brand ambassadors is the wrong word. But they become the ambassador for the change and then that multiplies through. I always calculate if you have about 12 people in your inner group it soon trickles down.

LS: Change agents sounds a bit formal, but they’re people with positive voices. If you can work with them it has a massive multiplying effect. You can see them getting to the places you just couldn’t. There’s an authenticity to their voices, which often is harder to hear from most senior people.

MC: This is such a complex change. Complex change by definition is not knowable. There are lots of unknown factors, high dimensionality, and the causality is not linear. The term is emergence. The whole thing is an open system so the change agent needs to just see what’s coming out rather than stick to a plan.

LS: Sometimes in HR you’re so task-driven – there’s a lot going on and time pressures – you just go to the most obvious. Stepping back, asking some questions and taking a slightly different view will lead you in a different direction. Straight after I did my CIPD exams I did a Masters in OD. It’s the difference between flicking the dial to tune a radio, whereas OD is more ‘what’s really going on here?’ It’s getting the screwdriver and looking.

MC: OD is everything. You might introduce 360° because it’s the most trendy thing, but there’s no context. If you look at OD you immediately look at the changing context. It’s a way of being rather than doing. A lot of HR people understand the key role they should play in OD, but without the training they don’t know how to step into that macro strategic space. HR leaders really integrating OD into HR are a different cut of HR people.

My experience is that in the highly pressured environment in which we work the OD space within individuals and organisations is becoming increasingly difficult to reach and engage with. This is making good change experiences even harder to pull off, despite our very best OD intentions.

Would be interested to read Mee-Yans article which Lesley refers to above. Could you circulate it or add a link the in the artcle?

Great article and a reminder of the importance of stepping back, watching and digging deeper- maybe it's about framing the HRD role as understander as well as deliverer?