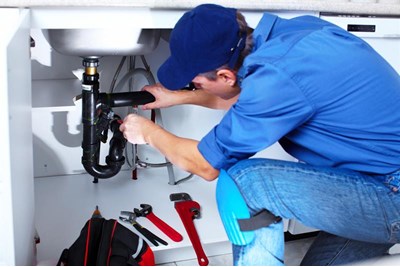 In what is being regarded as a landmark legal case a heating engineer has won a claim against Pimlico Plumbers, establishing that he is not self-employed but a worker. Worker status means entitlement to the national minimum wage, holiday pay and protection from discrimination.

A judge at the employment tribunal seven years ago said the firm had imposed restrictions on the work Smith could do and that he was obliged to work a certain number of hours on agreed days, meaning he is a worker.

Yesterday all five Supreme Court judges agreed with the decision and ruled against Pimlico Plumbers' appeal, saying that there were features of the contract that meant Smith was not self-employed.

The decision has the potential to affect the rights of many people classified as independent contractors across the UK, including those at 'gig firms' such as Uber and Deliveroo.

But while welcoming the ruling, chief executive of the RSA and author of the Taylor Review into modern working practices Matthew Taylor warned that the government must now introduce legislation on the issues raised in the case to fully ward against exploitation of the self-employed employment status.

"The combination of today's news, alongside the government's proposed changes to IR35 that will reduce the tax loopholes of companies employing freelancers, will inevitably squeeze firms' freelance budgets. This is generally a good thing, especially if it leads to more people who are employees in all but name securing proper workplace rights,” he said.

"But the government must now move to clarify this in primary legislation too, as well as allowing for more kinds of flexible working, which must also be reflected in the tax system."

James Murray, employment associate at Kingsley Napley, agreed that the case will be unlikely to make employers change their working practices for the self-employed unless legislative change is made. But he warned of lack of governmental appetite to do so.

“Employers may tweak their contracts but they will not feel they need to alter the reality of their practices considering the government has said it is not willing to move forward with [some] of Matthew Taylor’s more game-changing proposals, for example reversing the burden of proof in favour of workers. Parliament is also preoccupied with Brexit for the foreseeable future,” Murray said.

But Michelle Morgan, employment solicitor at Gardner Leaver, said that the case will force businesses to rethink their approach towards gig workers.

“This decision will undoubtedly result in massive changes to the way in which the gig economy is run," she claimed. "Businesses will need to alter their models to minimise the risk of worker status being invoked and the rights that accompany such status. The decision is important as on the one hand there is the need to protect the rights of those who work in the gig economy, while preserving the ethos of such a business model; with flexibility being at the heart of it.”

Delivering the Pimlico Plumbers judgment, Supreme Court judge Nicholas Wilson said: “Although the contract did provide him with elements of operational and financial independence, Mr Smith’s services to the company’s customers were marketed through the company.

“More importantly, its terms enabled the company to exercise tight administrative control over him during his periods of work for it; to impose fierce conditions on when and how much it paid to him, which were described at one point as his wages; and to restrict his ability to compete with it for plumbing work following any termination of their relationship.

“We hold that the tribunal was entitled to conclude that the company cannot be regarded as a client or customer of Mr Smith. So Mr Smith wins the case and the [employment] tribunal can proceed to examine his claims as a worker.” Smith’s application for compensation will go back to be reconsidered by the lower court.

In response to the Taylor Review, which made recommendations relating to employment practices in the modern economy, the government published a 'Good Work' plan promising reform and launching consultations. It is still yet to be seen how these reforms will translate into legislation.