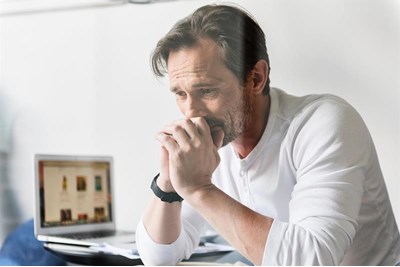 I like the pointers for putting an action plan together. Great to start looking at the various groups of people who will need support around mental health in the workplace . The focus on men is ...

They are less proactive with their health than women, they will see their GP less readily, they have less social support, and are less likely to use counselling or talking therapy services. Unfortunately they also have a greater risk of suicide than women – around 75% compared to 25%.

It is fair to say that there are individual differences not just between men and women but also within each gender and so stereotypes need to be treated with some caution. However, given that research has been carried out comparing men and women it is important to consider what may have added to these differences.

So where boys may be encouraged to ‘man up’, act tough, stay in control and take what life throws at them, as well as being discouraged from showing their softer side, there is a chance that as adults men may find it difficult to seek support when they are struggling with something, especially their mental health and wellbeing.

Men also tend to have a very different social circle to women; being more inclined to have fewer close relationships so if they are struggling with their mental health they have less people to rely on or to encourage them to get support.

This stigma around mental health creates a fear among employees, especially men, of being judged or discriminated against and discourages them from talking about their mental health and seeking support. As a result men who are experiencing mental health issues may feel unable to tell their line manager about this and, as a result, try to hide their problems.

Organisations that promote positive mental health and, in particular, educate men about mental health can help to breakdown and remove this stigma. In these organisations men will feel able to talk openly about their mental health concerns and the culture will ‘normalise’ that this is just part of life.

The vision of creating a positive workplace culture is one where men feel empowered to disclose existing mental health conditions, making it easier for them and those around them to identify signs of mental distress should they experience mental ill health again in the future.

When an employer commits to improving mental health at work and promoting positive mental health it has an opportunity to develop an action plan to change attitudes – and minimise associated mental health stigma – and create a mental health policy that sets out its values. It can also ensure that senior managers champion awareness of mental health and do their part in removing the stigma around mental health in the workplace.

It will take time to enact a positive change in your workplace culture so some patience is needed. But nothing will change unless something changes, so a great starting point is to plan how to promote mental health in the workplace and highlight the organisation’s commitment to supporting all groups – but in particular men – with their mental health.

An action plan to promote mental health might include:

I like the pointers for putting an action plan together. Great to start looking at the various groups of people who will need support around mental health in the workplace . The focus on men is vital. In the years that I've delivered mental health awareness training I often see 90% women on my open courses. The figures are a bit more even on the in-house courses, about 65% women to 35% men (but increaseing to about 75% men inthe construction industry). The number of younger trainees (under the age of 28 is very low) and the BAME groups are barely visble. What I do know is that when there are diverse groups of people represented in the mental health agenda, we get far richer conversations and support for our mental health. I eagerly await the time when all minority and majority groups have their training, workshops, discussions and debates so that when we come together for parity in the way physical and mental health are dealt with we can ALL contribute to the discussion and move this heavy agenda forward.