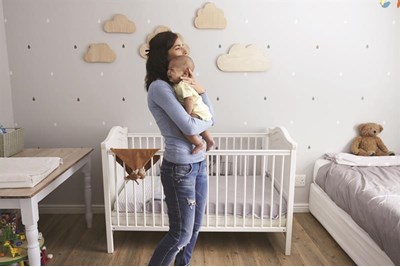 Attitudes towards maternity leave are critical to determining the success of a mother’s return to work, research seen exclusively by HR magazine has found. Dublin City University (DCU) Business School found that organisations that view maternity leave as a brief interlude in a woman’s career rather than a major disruption, are far more likely to retain high-performing mothers.

The research was the first of its kind in the UK to explore perspectives surrounding motherhood at work, with 28 organisations across six sectors contributing.

The women interviewed were ‘high-potential’ employees. But career derailment, unconscious bias, deterioration of professional relationships, and a lack of clear communication between line managers and returners were all highlighted as concerns.

Respondents were found to be less optimistic about their jobs on returning. Of the 300 women surveyed, 67% felt ‘enthusiastic’ while on maternity leave, but just 40% felt this way after their first day back. Meanwhile 35% felt ‘inspired’ on leave, dropping to 27% on their return; and 40% felt ‘excited’ about going back to work, but just 25% felt the same way after their first day back.

Associate professor in organisational psychology at DCU and co-author of the report Yseult Freeney, said mothers’ experiences largely depended on how managers viewed their time away.

“Very often [women’s experiences] depended on the sorts of conversations line managers were having once they were back,” she said. “A lot of employers were terrified of saying the wrong thing to new parents. Which meant the problem was worsened through a lack of conversation.”

Several women said they had been subjected to assumptions about their return to work, with organisations bringing up issues around availability and a change in priorities. Lisa Van der Werff, a lecturer in organisational psychology and human resources management at DCU, said that expectations need to be addressed in a mutually honest way.

“Women have their own voices and responsibilities, and if they have certain concerns they need to make them clear. However, we also know that a lot of this depends on the way women are treated when they are away from work,” she said.

“It’s also really important that employers don’t make promises they can’t keep about what will happen when a parent comes back to work. It needs to be realistic or it can damage the relationship.”

Freeney added that line managers should receive training in how to avoid unconscious bias, and highlighted the power of buddy schemes and making parenthood more visible.

“Organisations that had buddying programmes – where women who had previously been on maternity leave were matched up with new mothers – were particularly successful,” she said. “With a lot of primary caregivers employees assume they won’t be able to progress because they haven’t seen others do it.

“Having those role models makes it a far less isolating experience.”

Dawn Moore, director of human resources at construction firm Morgan Sindall and winner of the Working Mums Champion Award, said that organisations must have both informal and formal policies in place.

She added that the issue needs to be part of a wider strategy on the inclusion of parents. “This isn’t just about women,” she said. “We need to look at families in a wider sense, and think about adoption leave, paternity leave, and flexible working; it’s about making sure people have a proper work/life balance.

“But employers can start small. Just look at one area of your workforce and think: how could we do this differently?”

Van der Werff agreed that improving the transition back to work is achievable: “The recommendations that are being made aren’t difficult or expensive; there’s plenty of support out there. We just need to start by encouraging employers to have those open conversations.”