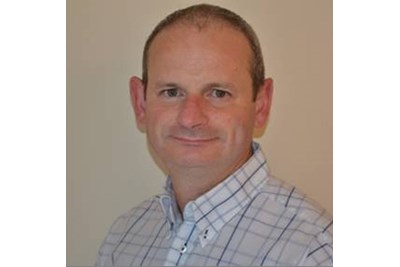 According to accountancy firm PwC, sick days are costing UK employers around £29 billion a year, with it now accounting for nearly 90% of a company’s absence bill.

The study found UK workers take a staggering average of 9.1 sick days per year, up to four times more than other global economies.

Yet, if you think about yourself and people you know, so many wouldn't consider taking a sick day as they don't want to let themselves, their co-workers or their company down. It's no surprise that as employees, we need a sense of self-worth - and working for a company that we feel proud of is key.

So if we take them into account, the people who don't take sick days, what becomes doubly-staggering about the figures is that the true rate reflects the many people who (if we roughly double the statistics) take 18 days off each year.

Given that there are twenty working days in a month, an employee of this type is likely to not work one month in every year, not including their holidays.

So what can employers do to help drive down sickness rates and drive up engagement levels? Two things are fundamental to success - belief and leadership. Get those right and you'll be on to something.

Belief is the key determining factor for employees. If they believe they are valued (not just told), it will be reflected in their behaviour and approach to work.

Leadership and management have a fundamental role to play here in creating an environment where this is achievable.

As an example of how belief and leadership work in practice, we [The Chemistry Group] spent 18 months supporting a large UK telecommunications client to create an environment where the workforce felt energised. It quickly became clear that it was the behaviour and actions of the leadership team - not the workforce - that were vital to the process:

The business leaders were needed to be seen to be behave appropriately. This meant being visible, accessible, showing happiness, achievement, as well as concern in the face of challenges, just like the rest of the workforce. This underpinned views held by the employees.

Leaders' behaviour also needed to be consistent with the stated values of the business. This helped create honesty and enabled employees to have faith in their business decisions, even if they didn't agree with everything happening and the choices made.

We defined a series of interventions and a set of behaviours for the leadership team that meant they would hold each other to account. At every monthly leadership meeting, for example, the first hour was dedicated to how they were feeling and what they'd noticed about each other's behaviour.

Putting this at the top of the agenda helped to keep them focused and build awareness around the impact and influence of their behaviours on employee morale and motivation.

With a leadership team consisting of one female and eight males, some came along easily for the ride, while others took a little more time, but over 18 months - by keeping behaviour front of mind - they all become more open, honest and personable.

By focusing on their own behaviour and actions, the leadership team was able to create trust and belief in their employees. They felt they would be treated in a way that was fair and honest when dealing with individuals, promotions, resources and tasking.

As a result of these interventions and behavioural changes, the energy and engagement across the business improved significantly. The company also exceeded its cash and profit target by over 8% and the CEO says that there was no coincidence this happened alongside the energising work we all strove for.

At another client, a large insurance company, we have been working on essentially the opposite set of beliefs. "Concern for others" was so high in the organisation that they struggled to drive great delivery. Consequently they were 16th in their industry customer satisfaction league table. We have been working to help managers be more "tough minded", so holding people to account and managing performance. It's working, beliefs are changing and most recently they were placed 4th in the league.

It's not rocket science to know that leadership teams are always energised, that's why they get where they are.

It's where they point that energy that's important - and if it's in the right direction it can build motivation and reduce sickness absence rates.

Simon Cooper (pictured) is director of consulting at The Chemistry Group