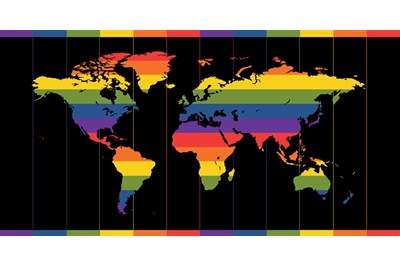 Employee networks for minority groups must be connected to the wider organisation or they risk becoming a “minority ghetto”, according to former BP CEO Lord John Browne.

Browne, who became the world's highest-profile openly gay CEO after coming out in 2007, was speaking at the HR Director's Business Summit in Birmingham. He was promoting his recent book The Glass Closet: Why Coming Out is Good for Business.

He said employee networks needed to represent “inclusion” rather than “exclusion” in order to be effective.

Browne said: “It’s a great first step to have a network but if it isn't connected to the majority it just becomes a minority ghetto. Great LGBT networks have straight allies and a connection to the top and to the bottom. These networks work when they are really representative of inclusion not exclusion.”

Lord Browne’s speech was followed by a panel discussion on bias and diversity, including diversity experts such as EY managing partner Liz Bingham and CEO and of Equal Approach Dawn Milman-Hurst.

Bingham said minority networks could be viewed as “exclusive” because of a lack of interest from people in the majority.

“We have 13 employee networks that aren’t exclusive to women or LGBT people, but we find they become exclusive because even though we invite men to the women’s network they won’t go,” she said.

However, she added that having networks is critical as they can provide a “safe place” for personal development and learning.

Milman-Hurst said networks can naturally create exclusion; what is important is “how you handle that exclusion and whether the network is connected throughout the whole of the business”.

She added: “Some of the networks I have seen are titled ‘LGBT networks and everyone else’. It’s really important that we don’t categorise people into boxes.”