Lessons from higher education HR for other sectors 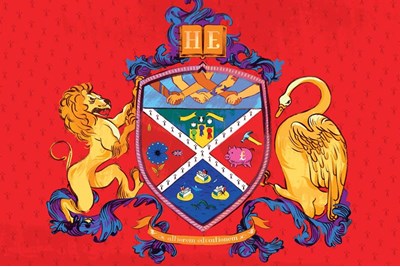 Though HR in HE has unique challenges and opportunities, there are some approaches that the public, private and third sectors can learn from

But this could be leading to short-termism and a lack of risk-taking, warns Margaret Heffernan. “The reality is if a HEI [higher education institution] does something original then it may fall down the league tables for a short time, because doing something new means getting rid of something or changing the infrastructure,” she says.

Though the issue isn’t as obviously pronounced or dangerous, the same holds true for the public, third and private sectors, Heffernan says. Referencing the economics theory of Goodhart’s law, she says, “whenever a measure becomes a target it ceases to become a good measure”. Organisations – public, private or HE – are “in love with metrics” but there is “no evidence performance-related pay actually enhances performance” for example, she says.

When was the last time you picked up the phone and called the HR director at your rival company? Most likely never.

But University of Strathclyde’s Sandra Heidinger “spoke to [her] counterpart at neighbours Glasgow university just at the weekend,” she tells HR magazine when interviewed for this article. “There’s a strength in partnering with other HRDs on issues and seeing them as colleagues, just as our academic colleagues partner with each other on research,” she adds.

Private sector organisations particularly might think this kind of collaboration isn’t possible for them. But “there’s still a unique balance to strike between collaboration and competition” even in HE, says Heidinger, who is always conscious – particularly in these more commercially-focused times for universities – of not giving away competitive advantage.

So perhaps this is more of an option for private sector HRDs than they might think. “I don’t think HE is wildly different to the private sector,” muses Heffernan. “I think everyone feels trapped between the structural constraints of the industry they’re in. It’s just a case of figuring out where there’s room to manoeuvre.”

“People are motivated by many things besides money – they are motivated by development, personal growth, the feeling that their work is valued and that they are making the world a better place,” says Heffernan. “The HE system has done very well by emphasising these other motivators.”

This is what University of London’s Simon Cain describes as the “fringe benefits” HE offers, which are often less plentiful in the private sector. “Things like flexible working practices are just an accepted sector norm here,” he highlights. But regardless of budget, offering such fringe benefits is something any organisation can do to help them win the war for talent.