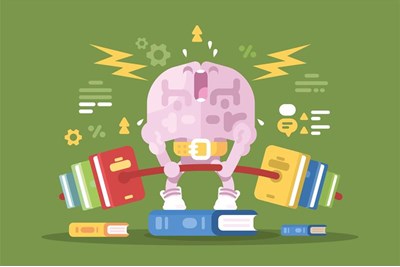 Labour has promised to widen access to adult education, as research calls for government, employers and individuals to boost reskilling

Labour has pledged to allow adults without A-level qualifications to attend college for free under £3.2 billion plans, which it hopes will reach an extra 300,000 people per year.

Free vocational courses – including for the equivalent of undergraduate degrees and diplomas – will also be made available if Labour is voted in following the 12 December election.


The party said that this pledge was in response to cuts to adult education, spending on which has been slashed by almost half (45%) since 2009/10 according to the Institute of Fiscal Studies.

In a speech in Blackpool today (12 November), shadow education secretary Angela Rayner will pledge to give every adult six years of free study, provide maintenance grants for low-income adult learners, and give workers the right to paid time off for education and training.

Employers will be given a role in designing qualifications to make sure that training is equipping learners with the right skills, she will say.

Labour leader Jeremy Corbyn said: “I see education like an escalator running alongside you throughout life, that you can get on and off whenever you want.”

Skills have been a major focus for all three main political parties ahead of the election. The Liberal Democrats have said the party will give every UK adult a 'skills wallet' of £10,000 to be used across 30 years to help with the cost of approved courses.

The Conservative party has pledged a range of initiatives, including a recently-announced National Retraining Scheme, designed to help adults whose jobs are at risk of automation.

But Jason Fowler, HR director at Fujitsu UK and Ireland, warned that employees will not feel inspired to reskill without employers investing in retraining alongside government. “Employees will often not feel the need to retrain if they can’t see it being invested in in the workplace. The skills gap is costing our economy £63 billion a year; there is an urgent need to funnel more efforts into investing in the UK workforce. If we don’t, there is a risk we won’t be able to keep up with the pace of change that is taking place,” he told HR magazine.

Reskilling employees is everyone's responsibility, he added, stressing the critical need for retraining particularly in such a fast-changing sector as technology. “To sustain the competitiveness of the technology sector and to drive forward the UK economy, businesses, government and educational institutions need to come together to train and educate the current workforce and the next generation of workers so they are utilising new technologies and are ready for the jobs of tomorrow," he said.

"Whether this is retraining programmes, apprenticeships, or public-private partnerships, there are many exciting and innovative pathways to ensure that the UK is digitally savvy.”

The latest election-campaign skills announcements came as the Chartered Institute of Management Accountants (CIMA) released research revealing that over a third of workers (37%) do not feel the need to reskill, a figure which remains unchanged from the the same survey in 2018.

This comes despite workers recognising that automation and new technologies could be putting their jobs at risk. Nearly half of workers (49%) said they believe all portions of their role could be automated in the future, up from 38% in 2018. Meanwhile 26% said they think working seamlessly with new technologies will be one of the most important future skills, up from 21%.


However, the number of workers wanting to learn digital skills fell from 27% in 2018 to 23% in 2019. By contrast, the percentage of workers interested in learning soft skills, such as critical thinking, communications and problem-solving, rose from 23% in 2018 to 29% this year.

Andrew Harding, chief executive of management accounting at the Association of International Certified Professional Accountants, said he was concerned by the report's findings: “This is the second year we’ve run this research and it continues to show there’s an apathy towards learning new skills and, more worryingly, a lack of desire to learn digital skills."

He added that there must be more of a joint effort to improve skills at work: "The UK’s goal to be a leading digital economy cannot be met if the capabilities of its workforce aren’t up to scratch. Attitudes to learning and reskilling need to change — employees, employers and policymakers need to embrace the philosophy of learning, unlearning and relearning to support growth. A positive approach here will have a positive impact on UK productivity and economic growth.”