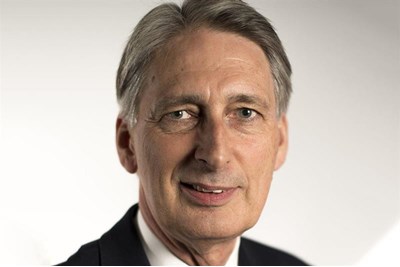 Speaking at the Conservative party conference, the chancellor said that the government recognised concerns about the levy, and announced it would introduce reforms to give businesses greater flexibility and expand apprenticeships in science and other STEM subjects.

The new proposals will allow large employers to transfer up to 25% of their apprenticeship levy funds to businesses in their supply chain from April 2019.

“We have heard the concerns about how the apprenticeship levy is working… so today we've set out a series of measures to allow firms more flexibility in how the levy is spent. But we know that we may need to do more to ensure that the levy supports the development of the skilled workforce our economy needs," he said.

“So in addition to these new flexibilities, we will engage with business on our plans for the long-term operation of the levy. Working hand in hand with employers to ensure that every young person can fulfil their potential and achieve their dreams.”

The number of apprentices has fallen significantly since the introduction of the levy, which requires businesses with an annual pay bill of £3 million or more to invest 0.5% of that in apprenticeship training.

Neil Carberry, chief executive at the REC, said the announcement would be welcomed by those in recruitment who have campaigned for a more flexible approach toward the levy. “The chancellor underlined the importance of business to British prosperity in a way that has been too rare recently in our politics. He rightly put getting a Brexit deal that protects jobs and growth at the heart of his commitments for the Autumn," he said.

“The commitment to make the apprenticeship levy a more flexible offering is something the recruitment sector has been consistently campaigning for. This will benefit workers by improving training opportunities, as well as helping recruitment businesses who are currently paying the levy but are unable to spend it."

Carberry added that it's unclear if the proposals will result in actions, however. “The test of the government’s pro-business mindset is in the actions they now take. The forthcoming budget is an opportunity to match rhetoric with reality – the chancellor must hold back from IR35 changes in the private sector that will punish compliant businesses and open the way to tax avoidance."

Ann Francke, CEO of the Chartered Management Institute, praised the proposals as “much needed.”

"The chancellor's move towards making the levy more flexible and less bureaucratic for business strikes a much-needed note," she said. "Let's hope this is the first of many policies that will make it easier for all employers to invest in the people skills we so urgently need to boost British productivity.

"We welcome the increased investment in STEM subjects alongside greater access for SMEs and supply chains. Support for degree apprenticeships to boost social mobility, an emphasis on quality over quantity, and a more employer-friendly approach to how the levy is run will also help make the policy more impactful and effective."

Simon Hayward, CEO of Cirrus and author of The Agile Leader, stressed that greater clarity around the levy is needed along with greater flexibility. “Businesses will welcome increased flexibility and any initiative that brings clarity to the apprenticeship levy," he said.

"The very words ‘apprenticeship levy’ have been misleading, because the apprenticeship levy is not just for apprentices. It is also there to benefit managers and leaders. Neither is it merely a ‘levy’ – it contributes to your organisation’s own government-subsidised learning and development fund. Despite the lack of clarity around its moniker and positioning, there is huge value to be gained from the levy.”

Hayward added that there is an opportunity for the chancellor to now prioritise learning and development of all kinds and for a range of employee demographics. “We are working with forward-thinking organisations that are leveraging the funds to develop their managers and see this as a means to upskilling teams and improving productivity through management apprenticeships," he said.

"The real shame is this has been so under-utilised across the board to date. The chancellor has an opportunity to reframe the initiative and encourage businesses to support learning and development programmes with meaningful investment throughout their employees’ careers, which could be transformational for individuals, organisations and the UK economy.”