How to ditch HR hierarchies 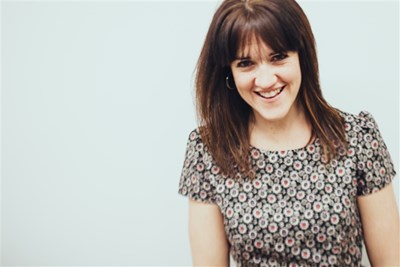 Traditional hierarchies still have a place in some sectors. Large, complex organisations rely on those chains of command. But do they always add value? Just because it has always been done that way doesn't mean it’s the right way for every business.

Hierarchies can stifle creativity and create bureaucracy, which can be damaging if the business prides itself on agility and innovation. Companies can remedy this by removing traditional management roles. No more one-to-ones, no more appraisals and no more convoluted chains of power.

Give that power to your people. Trust your teams to self motivate and innovate. Take away their safety net and help them to develop problem-solving skills. Encourage everyone to be brave and fail harder.

Without an automatic chain of command, there’s a need for more communication and collaboration, where everyone is more accountable to their multi-disciplinary teams. The teams can be made up of those with the best skills for the project, which might not necessarily be the role they were taken on to do. Whether it’s a flair for languages or a love of creative writing, it is important to harness those skills and use them for the benefit of the company and client.

So many policies are in place that guide the middle men to make decisions in your absence. By getting rid of them you can reduce policies to the bare and legal minimum, which will remove the barriers to innovation and success. Encourage project teams to take ownership of the way they work and allow them to plan their projects around what’s right for the team, the company and of course the client.

It’s not about becoming lean, it’s about being talent heavy. Save yourself money on the messenger and hire the best people. To avoid total anarchy, it’s important to recruit people who are all pulling in the same direction. Educate them on the business parameters; taking six months on a small project is never going to pay the bills. And when you make profit, share the love and share the wealth.

But what about development and progression? By introducing a 360 feedback for everyone throughout the year, it helps identify where individual strengths and weaknesses lie. This works best when not attached to pay rises or bonus schemes. By keeping it as pure, unadulterated feedback, it gives people the chance to reflect and learn about themselves and how others perceive them. And then it’s up to the individual if they want to develop and improve.

However, everything won't just fall into place. There is always a settling-in period and there are always things that crop up. It’s a good idea to deal with any issues quickly in an open and honest conversation. See if you can sort it out like adults. Most of the time you’ll find that you can, but you have to accept that sometimes you can’t. That’s what the fallback policies are for.

Removing traditional management roles isn’t right for everyone. You need to be brave and like a challenge. But the payoff is exponential; you'll get out what you put in.