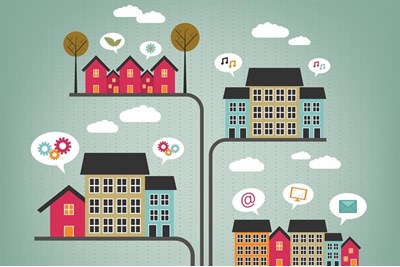 Almost half (46%) of UK workers claim work defines who they are, according to research from Adobe

The Future of Work report found that 60% of UK workers say they love their job, and 68% stated that they would carry on working even if they won the lottery. However, employees in the UK were less likely to love their jobs than those in the US (70%) and India (83%).

When it comes to time spent at work, 72% of UK workers said they would rather work long hours in a job they love than shorter hours in one they do not enjoy. UK employees claimed to spend 76% of their waking hours working or thinking about work on a typical working day. It seems this inability to disconnect continues over the weekend as 33% of UK workers' waking hours are again spent working or thinking about work.

Technology was found to be important to a person’s opinion of their role, as 64% of people believed better technology would make their work day better and easier. Seven in 10 (68%) respondents from the UK said technology improves work/life balance. Nearly three-quarters (72%) of UK employees claimed that access to technology to connect with colleagues more efficiently is the most important factor within their workplace, equal to access to food and drink throughout the day.

Despite this level of importance, only 15% of UK workers think their company’s technology is ‘ahead of the curve’.

Jeff Vijungco, vice president of global talent at Adobe, explained that some organisations might be focusing on the wrong things when trying to make employees happy.

“Employers may be focusing too much on ping-pong tables and free dry cleaning, instead of technology that helps their employees feel motivated, valued and productive,” he said. “Employers need to pay attention to productivity more than perks, and realise that their employees are happy to work when a company invests in their success.”