Graduates willing to back out of job offers 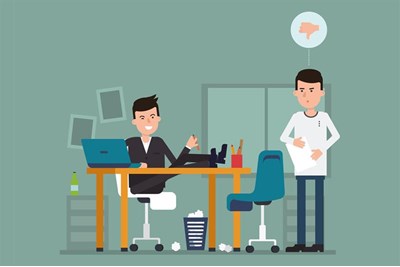 Seven in 10 (70%) graduates are willing to back out of a job offer they have already accepted, according to research by student and graduate careers resource Milkround.

The survey of 5,319 students found that almost a third (30%) of those seeking placements had already withdrawn from an offer.

Among those graduates that had reneged on a job offer, 64% claimed they did this because they did not know how to initially decline. Twenty-two per cent said they had received a better offer elsewhere, and 9% simply changed their mind.

Additionally, 7% said it was due to salary and less than 1% turned down a job because of unsatisfactory company benefits.

The research found that candidate confidence could also be a problem. Most graduates (58%) who declined a job said that they were not confident their skills would be good enough.

Francesca Parkinson, head of marketing at Milkround, said employers must seek to understand the mindset of this generation. “Initially looking at these findings it’s perhaps surprising that so many graduates are happy to renege on a job offer; considering the challenges of finding a first job at such an early stage of their career,” she said.

“It shows that the mindset of graduates has changed. We believe the top graduates are confident enough to accept multiple offers, knowing that they can take their pick of jobs. We should also consider that some students are simply acting like rational consumers – buying into what’s being marketed by employers when they get an initial offer, but not necessarily putting too much thought into what they’re actually purchasing."

Parkinson suggested firms communicate well with candidates during recruitment and onboarding to stop them backing out. “Communication with candidates will be key: making sure they really understand the role, the benefits, learning and development opportunities, and the company culture,” she said. “Keeping recruits engaged with the company all the way from the acceptance stage to their first day is now a must.”