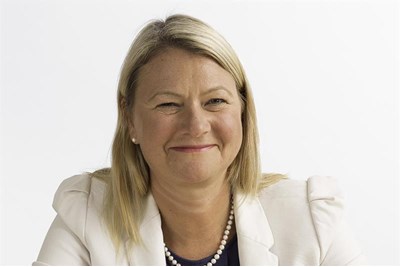 Speaking at the 2018 HRD Summit in Birmingham, Bennett explained what happened when, three months into her new role as group HRD of Home Retail Group (HRG), the board decided to sell Homebase.

“I knew this would radically change the work world that I was in, and I think that was my point of complete shock. It became clear that once we’d sold Homebase, Argos would become vulnerable,” she said. “We’d really in Argos faced up to the digital challenge and we were in the midst of a big digital transformation.”

Two months after selling Homebase, in the middle of the demerger, Sainsbury’s declared its interest in Argos. While initially receiving much scepticism from the City and the media, the merger has so far been a success.

In the past 18 months nearly 200 Argos outlets have opened within Sainsbury’s stores, and almost 90% of Argos store colleagues have been retained. Argos has continued with its digital transformation throughout the M&A activity.

“Some of the key planks of the integration work are now complete and I think we’re reaching a point where we’re starting to feel like one company,” Bennett said.

Her five key learnings from this experience were:

1. Define integrated goals. “HR sits at the heart of any merger or acquisition but one of my biggest learnings is that actually the cross-functional working becomes more and more important,” she said. It wouldn’t have been possible to simply combine the commercial functions from each separate business as they had different systems and processes. “One of the reasons I think we’ve been so successful in our digital transformation is because we’ve established these cross-functional teams – we call them ‘digital trading cells’ – with digital and IT and commercial working together on what the customer issues are,” added Bennett.

2. Remember your most valuable assets are people, and they might leave. “We needed to deliver integration targets [for the City], and that effectively meant taking people cost out the organisation, but we also needed to continue with our digital transformation and that means retaining people who are really key. Those two goals played a little bit against each other,” she explained. Argos carried on investing in its IT function by creating new roles in areas such as AI and machine learning, and introducing graduate career paths.

Bennett and her team designed and implemented new incentive schemes to both motivate and retain staff during this period of change. “That was a combination of setting some shorter-term goals for people that specifically focused on the things that we needed to deliver as the new Sainsbury’s Argos, but then tying people in for the longer-term so they really felt their futures were as part of a bigger Sainsbury’s group," said Bennett. "In any merger or acquisition making sure that you keep creating that future vision as well as the nitty-gritty stuff you’ve got to deliver is really important.”

3. Leading through the change. During M&As leaders need to be both a source of consistency for their teams, and able to react to the unexpected. For Bennett this involved a lot of listening to how board members felt and helping them navigate in a much bigger and different organisation. She became something of a bridge between Sainsbury’s and Argos. At the beginning Bennett was “talking about [her] own experiences of what it was like to work with Sainsbury’s based on what [she] was seeing and hearing," she said.

"Everyone wants to know what they’re like, what they’re doing, what they’re saying, and how they behave. The more you can tell people about what it feels like the more helpful that becomes. Chief listening officer is quite a good description for what my role became during that time!”

4. Make it real every day. “Be careful at the beginning not just to impose a new culture on the organisation,” Bennett warned. “Very early on we got together and thought it was really important that the Argos name stayed for people. And then I worked with the now-CEO John Rogers to build a joint leadership team; so very consciously we chose people who had been leaders in Argos and people who were currently leaders in Sainsbury’s.”

Planning down to minute details, such as where people will be going and what they will be doing on their first day as part of a new joint venture, was key. “Making sure I took time to still do those things I’d started, like going out into stores and talking to people about what it felt like, all of that stuff gives really important clues as to how the organisation is feeling at any time,” she said.

5. Remember what you’re building towards and communicate it regularly. There’s no such thing as too much communication, according to Bennett. If people aren’t kept fully informed it’s very easy for rumours to quickly circulate. “There’s often a lack of trust when you bring two organisations together, and that’s mostly caused by fear of the unknown. So if people feel they’re being kept in the dark they make up their own stories,” she said. Bennett advised frequently going back to the original vision, and telling people where you are in that journey; if there’s nothing new to tell then say so, she said.