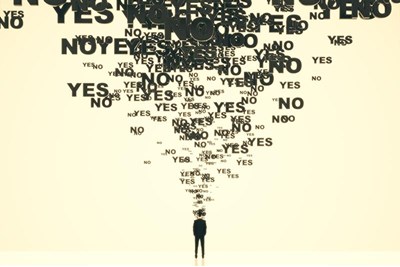 I agree that bolstering resilience is important and you give yourself the best chance if you can do that across the domains of mind, body spirit and emotion. However as an ex stress junkie who went ...

More than a third (36%) of leaders experience frequent or high levels of 'impostor feeling' (IF), according to Heriot-Watt University and the School for CEOs research

Overcoming Impostor Feeling; how senior executives manage their insecurities surveyed 300 senior executives from a range of organisations, and determined whether or not they had IF characteristics using the Clance Impostor Phenomenon Scale. Researchers chose the expression 'imposter feeling' instead of the common term 'imposter syndrome' as the latter suggests something medicalised rather than something the majority of people feel at some point in their career.

It found that female leaders experience IF to a higher degree than men. More than half (54%) of women scored frequent or high versus a quarter (24%) of men. Unconscious bias around gender and leadership is a likely contributing factor, the researchers stated.

The report revealed that older leaders experience IF to a lesser degree than their younger counterparts. Forty-five per cent of 24- to- 44-year-old leaders said they experienced frequent IF, compared to 30% of 45- to 54-year-olds and 23% of 55- to 74-year-olds. This was attributed to younger leaders being stretched and challenged and in some cases experiencing failure early in their careers.

Speaking to HR magazine Gemma Sole, digital and client engagement director at the School for CEOS, explained that anxiety is closely associated with IF. She said that IF can either drive employees or lead to a dip in performance, warning that a significant number of leaders may not be reaching their full career and economic potential as a result, leading to costs for businesses.

“When we discussed imposter feeling with leaders we all felt that a little self-doubt can be good, and the vast majority of people will feel this at some point in their careers. For example, some people might be more prepared for a task so they feel better able to handle it. However, anxiety and perfectionism also play a huge part here. Lots of people fear making mistakes, and prepare so much that they procrastinate and delay what they need to do,” she said.

Leaders at the earlier stages of their careers were more likely to suffer from these feelings because they do not have the same sense of perspective, added Sole. “We initially thought that senior leaders were more likely to feel like imposters because the stakes would be higher. However, the research found that senior leaders were less likely to feel this way because they had more experience. They were able to learn from previous mistakes and weigh them up against other situations. If something went wrong for a younger leader they often internalised these outcomes, and felt that it was down to their own personal failings,” she said.

The School for CEOs made a number of suggestions to combat imposter syndrome. These were: acceptance and personal resourcefulness, learning to reframe perceptions of others and different experiences, and building strong networks founded on trust.

“Acceptance is important – knowing that you might not be able to avoid feeling this way, but learning to quieten these thoughts, can allow you to prepare more,” said Sole.

Sole explained that employers can help to tackle these thoughts through encouraging discussion of them and supporting overall physical and mental wellbeing. “It’s really important for employers to encourage an atmosphere where people can talk about these feelings. Imposter syndrome can often feel very isolating, but 70% of us actually feel this way,” she said.

“We looked at resourcefulness as something both mental and physical. A lot of leaders we spoke to said it’s really important to press reset and and keep on top with sleep. If you look after your body you’ll be more likely to look after your mental health. Spirituality was something else that came up, but not just in a religious sense. This could also come from having a sense of community and taking up things like yoga and mindfulness.”

I agree that bolstering resilience is important and you give yourself the best chance if you can do that across the domains of mind, body spirit and emotion. However as an ex stress junkie who went from board director to the cancer clinic and who suffered from imposter syndrome in the past , I can also say that it has it's roots in self limiting beliefs about who we are and feeling good enough. This stuff is often going on at a deeper level in the psyche and the good news is that there are many ways to shift this and enjoy the accompanying freedom and deeper level of confidence that follows. I also agree that it seems to affect women more than men in my work as an exec coach.

It was PG student, Miss Ronja Ostner and Dr Mioara Cristea from the Department of Psychology of HW University who conducted this research in collaboration with Gemma Sole and her colleagues from the School for CEO’s. It would be nice to give credit and recognition to the people who actually worked behind the scene “ Heriot Watt University” in order to produce this research.