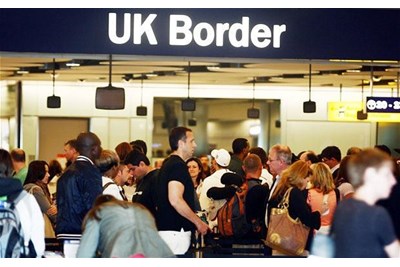 A sharp decrease in the inflow of migrant workers could lead to a skills shortage just as the economy begins to recover after the COVID-19 pandemic.

The latest quarterly official migration statistics highlighted a dramatic fall in the number of migrants registering to work in the UK.


National Insurance Number registrations to EU nationals decreased by 99% between July and September 2020 compared with the same period in 2019.

Meanwhile registrations to non-EU nationals decreased by 65% during the same period.

Gerwyn Davies, senior labour market adviser at the CIPD, said: “This is a staggering fall in registrations, reflecting not just the current restrictions of the pandemic but the fact that the stock of overseas workers in the UK may be falling sharply.

“With unemployment set to increase sharply over the next year as more stringent migration restrictions are introduced, it’s inevitable that more overseas workers, especially EU jobseekers, will find it easier to work or seek work in other parts of the EU.”

Britain is due to leave the European Union and end free movement in favour of an Australian points-based system on 31 January.

Ongoing restrictions on migrant movements to the UK due to the pandemic has also meant the number of EU workers entering the UK is set to remain subdued for the foreseeable future.

In response to this, the CIPD has urged the government to take steps to boost training and re-skilling of domestic workforce to compensate for loss of migrants’ skills.

Davies said the fall in migrant workers won’t concern employers too much in the short-term while recruitment activity remains weak due to the pandemic.

“However, the worry is that the combined impact of the apparent exodus of EU workers and the continued, subdued inflow of EU jobseekers in particular will feed into recruitment difficulties in the medium term,” he said.

“The good news is that this should force employers to make full use of available UK workers, especially those recently made redundant with relevant skills and up to date experience.”

“It’s crucial that the unemployed have sufficient access to training and support so they can develop both technical and core transferable skills to find work in sectors which are likely to face skill or labour shortages as the economy recovers.

“Reforming the apprenticeship levy into a more flexible training levy would also enable employers to use their levy funds for other forms of accredited training and skills development, as well as apprenticeships, boosting overall workforce skills investment.”