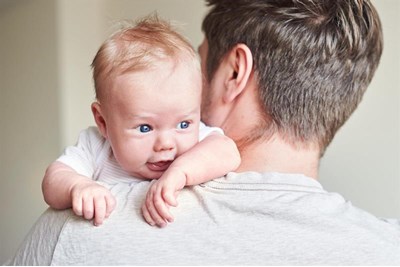 ​Almost two-thirds (63%) of employers do not tell dads-to-be about their right to request Shared Parental Leave (SPL), according to research by PowWowNow

It found that 63% of employers do not give staff any information about SPL unless they request it. Nearly a quarter (23%) have taken no action at all to educate their employees about the right.


The report highlighted that just 10% of fathers have taken Shared Parental Leave (SPL) since its introduction in 2015. It found that just 33% of businesses include SPL information in their employee welcome packs, meaning details are not easily available for expectant dads.

With nearly half (46%) of fathers admitting they do not feel comfortable broaching the topic of SPL with their employer, the research suggested that more needs to be done by businesses to educate their workforces about parental leave rights. It stated that higher uptake of the policy would reduce the impact having children has on women’s careers, and enable more men to spend time with their newborns.

Four out of five (82%) fathers reported that their work schedule prevented them from doing as much childcare as they wanted. Seventy-five per cent also stated that there is a cultural stigma around new dads taking time off work to look after children.

The research follows the Court of Appeal last week ruling that it is not discriminatory for employers to enhance maternity pay while only offering statutory pay to workers on SPL.

The judges said that the predominant purpose of maternity leave, even beyond the statutory two weeks, was not childcare but for the mother to recover from the birth. This was not a need shared by the other parent, and it was therefore not discriminatory to offer more generous maternity leave, they ruled.

Donna Martin, employment and immigration partner at Mackrell Turner Garrett, said the case will be important in guiding the future direction employers take when resolving issues around SPL pay. “When it came to the equal pay claims the legislation already recognises the impact of pregnancy and childbirth under the Equality Act 2010, which says that a ‘sex equality clause does not have effect in relation to terms of work affording special treatment to women in connection with pregnancy or childbirth’. It is for these reasons that the courts dismissed the claims,” she said.

Martin added that since the introduction of SPL there has been confusion among some employees and employers over the enhanced pay new mothers receive, and whether something similar should be offered to male employees who decide to share leave with their partner.

“The ruling of the Court of Appeal should now give some clarity to those who have felt aggrieved or unsure about their entitlement in respect of parental leave,” she said

MD of PowWowNow Jason Downes said that employers must nonetheless do more to boost flexible working among fathers and offer longer periods of paternity leave. “Employers’ decisions can directly affect how comfortable fathers feel taking time away from work to look after their child. It’s vital that employers do more to ensure their workers clearly understand their parental leave rights and feel able to discuss these with their boss," he said.