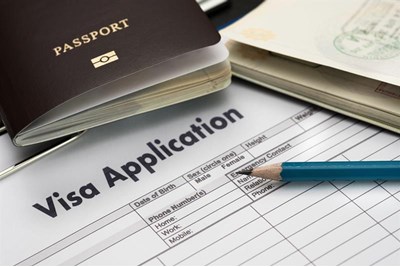 UK organisations are not ready for new immigration restrictions, research from the CIPD shows


The immigration whitepaper, released in December 2018, proposes introducing a minimum salary threshold of £30,000 for recruiting most non-UK nationals from 2021.

It also sets out a new route for workers at any skill level for a temporary period, with this 12-month visa providing access to the labour market but no access to welfare. People arriving on this route will not be able to bring family members with them, won’t accrue rights to settle in the UK and will have a 12-month cooling off period once their visa expires.

More than half (51%) of employers surveyed by the CIPD felt this planned 12-month temporary visa was either ‘not very useful’ or ‘not useful at all’. Just one in four employers (28%) said it would be useful to them to meet their recruitment needs, falling to 22% among public sector organisations.

The research also found that more than half (56%) of employers feel they don’t have enough information to start making decisions about their post-Brexit recruitment strategy. Only one in four (27%) are happy to make decisions based on existing information.

In response the CIPD urged the government to consider three key recommendations. The first is to merge the planned 12-month temporary visa route with the Youth Mobility Scheme to create a two-year temporary visa route for unskilled workers, so the scheme does not discriminate by age and to make it simpler. This should be reviewed in 2025, the CIPD stated.

The body is also calling on the government to make the system more user friendly for employers through changes to the sponsorship system and by introducing a new ‘self-service’ system for low-volume users such as small employers. Membership and sectoral bodies should be allowed to be responsible for compliance duties and to take on the role of umbrella sponsors, it stated.

Gerwyn Davies, senior labour market adviser for the CIPD, warned that since the referendum most employers’ efforts have been focused on retaining existing EU staff rather than planning how to respond to imminent immigration restrictions.

"Very few employers are ready for the end of free movement and restrictions on immigration in just over a year,” he said. “Worse still, many seem both daunted and alarmed by the range of restrictions planned and the costs they are likely to incur. Even if they can access the talent they need, there are concerns they may not be able to afford it. In response the planned introduction of migration restrictions must be phased in to offset the risk of a labour supply shock and to avoid harming UK competitiveness.”

He added: “It seems inevitable that the rate of inflow of EU citizens into the UK from 2021 will fall compared with recent years. With so few employers ready we need a ‘safety buffer’ to give them more time to adjust. We need a set of workable policies that apply across all sectors that are simple, low cost, fair and user friendly for both employers and non-UK citizens. However, the current timetable and balance is working against the short-term interests of employers and EU citizens.”

“[The] CIPD’s report is an important call to government to listen to what businesses are saying about the difficulty in accessing skills and filling vacancies," commented Tom Hadley, director of policy and campaigns at the Recruitment & Employment Confederation (REC).

"Our Report on Jobs data shows that candidate availability is declining each month. The feedback from recruiters is that we are heading towards crisis point, particularly in health and social care, hospitality and food and drink. Meanwhile, 46% of employers told us they are concerned about not being able to fill permanent roles and this will likely worsen coming up to Christmas.

"A healthy UK economy will need people coming from abroad to contribute at all skill levels, across a wide range of sectors." he added. "Our immigration system needs to be managed, but it must also be open – helping businesses to grow and create jobs for a prosperous future.”

The CIPD’s recommendations are based on findings from a survey of more than 2,182 employers and a series of focus groups held with employers across the UK over the past four months.