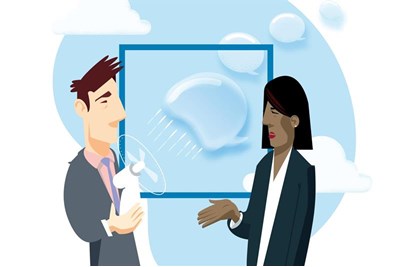 “I do think HR really needs to face the reality that they’re not making the difference they’d hope to make.” These are the words of chair of the Diversity and Inclusion at Work Group Tinu Cornish on HR’s efforts on race to date. “HR needs to have a very sobering reflection because they’re the ones managing recruitment for example – white middle-class professionals.”

Cornish’s last comment sheds light on what many feel to be part of the problem: a disproportionately white profession, at least at senior level. CIPD data confirms that the issue, in line with other functions (in HR’s defence), is one of progression and representation at senior level. While BAME representation is a healthy (in terms of representing the wider population) 18% at junior level, this drops to 11% at mid level and
7% at senior.

Shokat Lal, assistant chief executive at Rotherham Council, suspects from his anecdotal experience that the problem is also one of representation on the strategic side of HR. “It comes down to the HRD and how bold they are,” he says. “They should be encouraging senior directors to make this part of the corporate plan.

“But therein lies the problem, because HR is definitely not representative, particularly at senior level.”

“You have a white HR function supporting a white C-suite and there’s no-one in there to jump-start the race conversation,” agrees Caerus Executive’s Frank Douglas, who reports that he “as far as he can tell” is one of only two black HRDs to have ever sat within a FTSE 100 company.

To which many might reasonably counter that it shouldn’t take someone from a particular minority to champion fair treatment. But – in line with a wider situation of apparent obliviousness on some business professionals’ parts to the extent of racial discrimination still in UK workplaces – non-BAME HR professionals may also be less well-versed here, exclusive research by HR magazine suggests.

And it’s not just leaders and managers in organisations who are deeply afraid of ‘getting it wrong’, feels chief people officer at Bank of Ireland Matt Elliott. “I think HR leaders are nervous about this in the same way business leaders are,” he says. Indeed some would point to the heightened pressure on HR professionals as the ultimate arbiters of equitable treatment and politically-correct language – something that no doubt increases reluctance to tackle the issue in some quarters.

An added barrier, highlights Rare’s Raph Mokades, is an unequal gender balance within the profession versus the opposite issue of poor representation of senior women in the rest of the business. “A large percentage of HRDs are white women, and I’d guess a large proportion of them are the only female on their management team,” he says.

“If you’re consistently the only woman in the room and having to speak up because no-one sees things from your position I think that does things to you psychologically… you’re a victim of the patriarchy and you’re under serious pressure around gender. So when we say ‘HR isn’t doing well enough on race’ they probably feel a bit attacked. So to say they’re part of the problem is a bit unfair.”

In defence of accusations from some quarters that the CIPD hasn’t been as active on race as gender, or as proactive on addressing the profession’s ethnic diversity issues as some would like, membership director David D’Souza responds: “My honest answer is I would have liked us to have done more.”

He adds though that the body has probably done more – in terms of contributing to government consultations, holding workshops for members etc. – than many might realise. He highlights too that: “As a professional body you’re always attempting to prioritise different issues and ethical imperatives…”

He adds the challenge of it being non-HR professionals making hiring decisions when it comes to senior HRDs – something reflected in both white and BAME respondents to HR magazine’s survey pointing to unconscious bias on the part of senior non-HR professionals (cited by 46%) as the biggest barrier to progression for BAME individuals in HR.

The key, feels Elliott, is not to ruminate too heavily on what the HR community has or hasn’t done enough of in the past, but recognise there’s a problem and get started in addressing it internally in HR and beyond.

“I just don’t think it’s fair to say if people haven’t got a certain ethnic breakdown it means they’re not interested,” he says. “Let’s definitely recognise that in the HR community we’ve not made enough progress, but let’s not kick people. Let’s focus on improving things going forwards.”