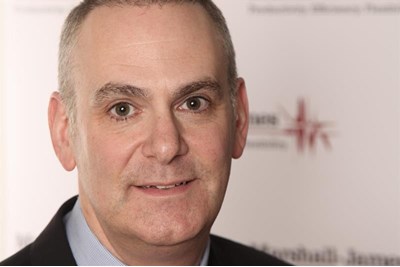 Global unions federations and their campaigns are mostly unheard of, but they've been fighting for workers' rights and safety for years

Last Autumn IKEA was answering more than just irate questions from confused customers about how to put together its furniture. According to UNI Global, a Switzerland-based global union federation (GUF) for those working in the skills and services sector, IKEA is violating workers’ rights to unionise, and has even turned a blind eye to abuse of working conditions, sick leave policies and alleged sexual harassment in three countries. Such was the seriousness of this, UNI Global’s general secretary Christy Hoffman recently said: "IKEA... is simply not playing by the rules that govern global corporations… so we’ve asked the Dutch government to step in."

This month UNI Global has exposed what it calls ‘serious breaches’ of human and labour rights in offshore Columbian call centres, while it’s also been working with the Korea Postal Workers' Union to help it broker a new five-day week and address dangerous working conditions. And you only need to search its website to see examples of various other campaigns (and victories) it's been involved with recently.

And yet for most people global unions, GUFs or global union campaigns are unheard of. Other GUFs include IndustriALL – founded in 2012 and representing more than 50 million workers in 140 countries in the mining, energy and manufacturing sectors – as well as the International Federation of Chemical, Energy, Mine and General Workers' Unions, Public Services International, and many more.

Very few of them have big PR machines that push information out, which is why you have to find it yourself. But search and I’m confident a whole new world will open up to you. What you’ll see is a wealth of information about many household names and global employers.

Over many decades these global movements have sought both to engage with and challenge the power of multinational corporations. They provide support for workers and their unions in different national settings, but by also launching highly successful campaigns they have contributed to the creation of global framework agreements with many multinationals, which should have worldwide impact.

They also collectively work with the UN’s tripartite International Labour Organisation (ILO). The ILO works with employers, governments and global unions to set policy and work on much-needed programmes throughout the world. For example, GUFs have supported the ILO’s ‘Decent Work’ programme, which aims to eradicate poverty through better work.

The result of the work of GUFs is to secure real change. For instance, when a factory in Bangladesh collapsed in 2013 IndustriALL and other union partners, working with global brands, created the Bangladesh Accord ­– a legally-binding safety agreement covering more than 180 brands from 20 countries. Almost half of all Bangladeshi factories for the export market and two million workers are now covered by its enhanced safety standards.

Right now global unions are campaigning on workers’ rights in a whole range of issues, including participation in the African Continental Free Trade Agreement (unions are currently being excluded from the talks), and representing those who want to join legitimate unions in India (but are being harassed and even sacked for doing so).

With their expertise in campaigning and awareness-raising, GUFs offer optimism for domestic unions everywhere. Unions need to learn from GUFs and instil a change in mindset – one that takes them away from organising around traditional collective bargaining to campaigning on issues on a sector or regional basis, with collaboration between unions.

HR, ER and IR specialists who have not yet been exposed to these GUFs should spend a bit of time looking into them. If you work in an organisation that is part of a multinational's supply chain you could find yourself embroiled in a campaign, as the GUFs will also target their suppliers.