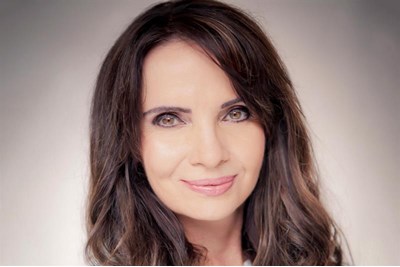 Digital systems are designed and managed by people with the intention of serving people. The human ecosystem should be at the heart of the digital one

Mainstream media has started to focus on the well-funded mind/body/machine interface companies that have become more prominent and vocal in the past few months.

But this creates ethical dilemmas – do we really want to merge technology with our bodies, profoundly alter the human ecology and possibly disconnect from our consciousness?

Elon Musk’s Neuralink initiative, aimed at exploring the possibility of implanting a chip in the human brain, may lead to cures for blindness or dementia. But might there be a moral hazard with the brain's capacity to link to computers in real time? If an individual with an implanted chip committed a crime would the chip manufacturer be held partly responsible?

Bryan Johnson, the founder of payment service provider Braintree (which he sold to PayPal for $800 million), decided to take control of evolution and create a 'better' human by investing $100 million into his new company Kernel.

Kernel is building a non-invasive mind/body/machine interface (MBMI) to improve, evolve and extend human cognition. Johnson believes that we are about to enter the most consequential revolution in the history of humanity and we are going to build the tools to read and write our neural code so that we can take control of our cognitive evolution. He envisages that MBMIs will allow us to learn faster, remember more, 'co-evolve' with artificial intelligence, unlock the secrets of telepathy, and maybe even connect into group minds.

There is a wider danger in seeing the human being only as a processor of information. It overlooks the importance of kindness, compassion, generosity and love. We must not be seduced by promises from technological advancements that can impair the fundamental core that makes us human – our consciousness.

We should be aware that in itself technology is values-free. It will not improve quality of life for people unless directed to by (responsible) humans who could harness this technology for the common good. For example, at a time of mounting ecological crisis there is much potential for technology to sustain and protect precious resources. The large-scale climate strikes this year ought to facilitate acceleration of such applications. However, implementation depends crucially on whether there is a human ecosystem with the social and environmental consciousness to require that technology delivers these benefits.

In discussion about technological advances there is a tendency to forget, or at least downplay, the fact that digital systems are designed and managed by people with the intention of serving people: the human ecosystem should be at the heart of the digital one.

An enlightening example of using technology to serve humans is Peacebeam, a London-based digital publisher. It creates bite-sized meaningful material for busy, stressed and overwhelmed workers. Through short, guided meditations called ‘Peacebeams’, which have received more than a quarter of a million downloads across 47 countries, the organisation is an exemplar of using technology to spread kindness. Its material is included in several apps, in audiobooks and it has produced a series for the LSE Entrepreneurship program LSE Generate.

Leaders and organisations increasingly realise that they should put humanity into focus; use technology responsibly to serve people and organisations; and prioritise compassion, kindness and meaningful relationships ahead of profits. When this is achieved, organisations will become the key driving force for sustainable economic and social prosperity.