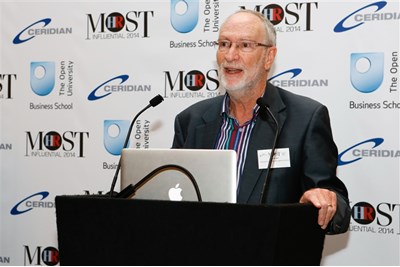 Most employee engagement programmes have had no impact on staff health and wellbeing, according to Cary Cooper, professor of organisational psychology and health at Lancaster University Management School.

Speaking to delegates at the second Why Mental Health Matters conference in London, Cooper claimed the biggest issue HRDs need to address is poor line management.

“My studies have shown that virtually all employee happiness areas have got worse since 2007 – things like staff feeling empowered, dealing with change, long hours, and managing wellbeing – and these are all things line managers are in control of,” he said.

He added: “Our line managers today are unfit for purpose. It’s rather sad in a way, but they simply don’t have the interpersonal skills.”

According to Cooper, who is the 2014 HR Most Influential UK Thinker, line managers are still selected according to their previous functional achievements, rather than on their ability as people managers.

Cooper said: “On a whole range of measures, they’ve all got worse, and the latest data from 2014 shows the same thing".

This month, Dragons’ Den entrepreneur James Caan said not enough people in business have good soft skills. He was supporting a campaign by McDonald’s for more businesses to recognise and promote soft skills.