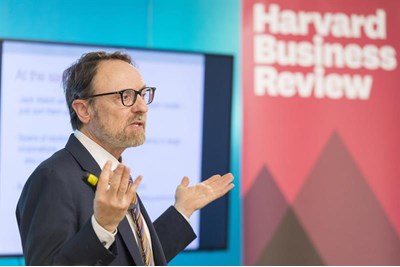 There should be no one-size-fits-all approach to performance management, according to Peter Cappelli, co-author of The Performance Management Revolution and George W. Taylor professor of management at the Wharton School.

Speaking at a Harvard Business Review ‘HBR Live: Building a Workforce of the Future’ talk, Cappelli gave a history of the evolution of performance management, including the recent move by several organisations to dispense with annual appraisals entirely.

Cappelli warned of the dangers of doing this and not replacing it with shorter, more frequent performance conversations, and of not carefully managing such significant change.

“This is a big culture change. And companies that just pull the Band-Aid off, that don’t put anything in place, things get worse,” he said, advising HR professionals to treat this like any other large-scale change programme. “Culture change has got to be driven by a very different view about employee behaviour,” he said.

Cappelli also advised that, though there is plenty of evidence of the ineffectiveness of the annual appraisal, companies shouldn’t rush to dispense with it just because everyone else is. They particularly should get beyond the idea that there is a new, automatically superior way of doing performance management to replace annual reviews.

“The idea that you should do this because this is what General Electric does no longer applies,” he said. “This is a moment where you have to choose what makes sense for you.”

Organisations might even decide to roll out different systems for different parts of their workforce, he added, citing the example of Regeneron Pharmaceuticals, which decided the same system for all its diverse populations – from research scientists to sales people – didn’t make sense.

“They concluded: ‘why are we forcing everyone to use the same system?' So they have five [different systems],” said Cappelli, explaining that though most people prefer an ‘average’ performance review rating over a ‘three out of five', some technically-minded employees appreciate a more rigid, numbers-based approach.

“One of the questions is: do we need the same system for everybody? It’s an assumption we don’t challenge much… for example when you’re thinking about systems across countries.”

Taking his audience through the history of performance management, and explaining why highly formal, numbers-based systems don’t work in most instances, Cappelli said that the average person rates themselves above average; at about 80% on a performance scale.

“So if you’re the supervisor you’re telling someone who thinks they’re way above average that they’re average,” he explained. “You have a boss telling someone they’re not as good as they think they are.”

Cappelli highlighted the benefits of agile working, a project management concept first developed in IT. “If you’re really doing that then the annual appraisal sticks out like a sore thumb,” said Cappelli. “The idea of having one conversation at the end of the year is silly; lots of projects don’t go on for a year…”

In response to the commonly-posed question of whether having no formal appraisal record leaves companies open to legal liability, Cappelli pointed out that no system at all is much better than one that proves discrimination. “My legal colleagues say no system is probably better than having a system that we can document discriminates against women and minorities,” he said.

The Performance Management Revolution features in HBR's 10 Must Reads of 2018.