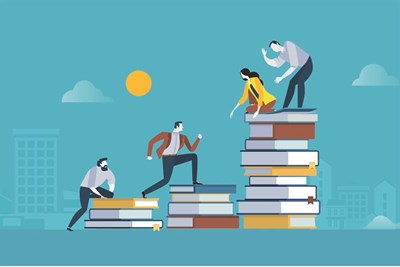 Furloughed workers who lose their jobs are less likely to have higher-level qualifications than the general population, impacting their search for new job opportunities.

In a new Institute for Public Policy Research (IPPR) report, Going further: The case for investing in Further Education and adult skills, the think tank estimated that of the one million people on furlough in jobs that could be lost due to the pandemic, 130,000 do not have equivalent to a level 2 qualification (GCSE).

It has therefore called for a spending review that will include a long-term funding settlement for further education to help drive economic recovery.

Dean Hochlaf, IPPR researcher and lead author of the report, told HR magazine that employers also have an important role to play in furthering workers’ education.

“Government funding isn’t the only barrier that can make it difficult for people to go back to colleges or to go and take on a new qualification,” Hochlaf said.

“Not having enough time and working in a job that doesn’t offer flexible hours can discourage people from pursuing further education.”

Hochlaf added: “If employers can provide workers greater flexibility with their working hours, as well verbal encouragement, then employees will feel much more inclined to take on adult learning.”

The think tank has now called for the creation of a new Job Training Scheme (JTS) alongside the Job Retention Scheme (JRS) to help people move out of sectors struggling in the current economic climate.

Those on furlough who are likely to be made unemployed should be given a grant to pay for training worth up to £4,000, the IPPR said.

It proposed that this measure should form part of a new long-term funding settlement for further education to “overcome a legacy of underinvestment”.

If further education funding kept pace with demographic pressures and inflation over the last decade, IPPR said that spending in England would be £2.1bn higher on adult skills and £2.7bn higher on 16 to 19 education.

The report said the impact of these cuts has been significant as there are now one million fewer adult learners than in 2010.

Contact hours for students in the FE sector have also fallen, while class sizes have increased and around a third of colleges and sixth forms have experienced financial deficits.

David Hughes, chief executive of the Association of Colleges said: “With the spending review a few weeks away, the chancellor has the opportunity to boost funding to enable colleges to be central to the recovery and to the government’s levelling up ambitions.

“No other institutions have as much potential to deliver on this and with a white paper on the horizon, there is even more potential for the government to release colleges from the shackles of unhelpful policies and clunky regulation.

“If they get this right, colleges can deliver so much more for people, productivity and places.”