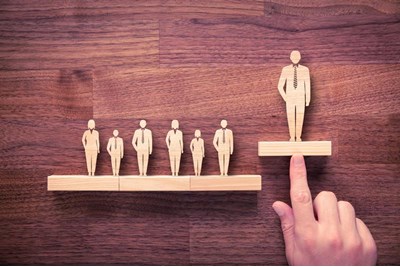 Growing the talent pipeline is a key focus for UK businesses, but many feel executive education is falling short

The Pulse Report 2018, which surveyed 1,032 C-suite executives, senior managers, HR and L&D professionals from medium and large companies around the world, found that in-market growth, cybersecurity, and growing future leaders were the top three business concerns among UK companies in 2018. The research showed that growing future leaders has significantly risen up the agenda in the past year alone, from being a top priority for just 21% in 2017 to 38% in 2018.

It is also a bigger concern for UK executives than for those from the rest of the world, ranking seventh among global priorities and a top priority for just 28% of those globally surveyed.

The report found that more than three-quarters (76%) of UK executives agreed that investing in employees drives change and innovation, up from 53% in 2017. Meanwhile 71% said they will have to invest more in executive education to keep their best employees (up from 58%).

This was reflected in the survey’s global findings, with 41% citing better alignment with business goals as a means to improve leadership development or executive education.

“Year on year, respondents are more likely to point to a lack of support from senior leadership, and the misalignment of executive education programmes with company strategy as key reasons senior leaders don’t feel that past investments in executive education and leadership development have added value,” said Gustaf Nordbäck, CEO of the FT | IE Corporate Learning Alliance.

Drilling down into the global findings at the report’s launch, Nordbäck pointed to discrepancies between satisfaction with learning programmes among senior leaders, and among L&D and HR professionals.

“There’s a level of dissatisfaction with some programmes from those who interact with those in the space on a daily basis,” said Nordbäck. “L&D and HR professionals want more out of programmes.”

The research also found that cybersecurity has risen up the global business agenda; moving from a top priority for 26% in 2017 to 45% in 2018. Geopolitical changes are also now a higher priority, almost doubling as a top priority for 8% to 14% in the past year.