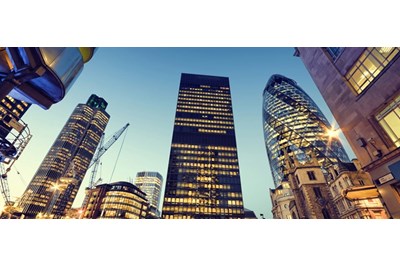 Physical location is a redundant concept. People can work anywhere, anytime, from high street coffee shop to bedroom; high-speed train to hotel room; in a traditional suit or even their birthday suit. There’s no need for that all-expensive office or wasted time commuting.

Just pull in talent from across the globe as and when you need it, via the net. Video-conferencing, iPads, 4G mobile, webinars: it all adds up to a world where physical presence is no longer relevant. Time for the P45 Kirsty and Phil, for that old mantra location, location, location is dead. Right?

Well, there's no getting away from the fact that the world of business has changed exponentially, and flexible working, remote working and collaboration are all the rage. But are we sounding the death knell for the physical location too early? Or is this a case of redefining the purpose of physical presence today?

Take the evidence. For a start, would Facebook, Apple et al be as successful if they weren't located in the Silicon Valley hub? And in August, five information and communications technology (ICT) firms announced their plans to expand operations in Tech City in London's East End, Europe's fastest-growing digital hub. The fact that this announcement, together with one about a multi-million pound investment in Milton Keynes, Sheffield and Ulster, was revealed at a summit organised by UK Trade & Investment during the Olympic and Paralympic Games, underlines the importance of location hubs in attracting international business.

Days earlier, at the Global Business Summit on ICT, Chancellor George Osborne said: "The Government is determined to make Britain the technology centre of Europe, with London's Tech City at its heart."

Among the businesses located in Tech City are Italian business accelerator company Morning Boost, with its first overseas site for launching start-ups into UK and other markets. Morning Boost identifies innovative ideas from anywhere in the world and supports their growth within European markets through strong networks of industrial, financial and mentoring partners across Europe. It is backed by a £5 million fund raised by a group of Italian entrepreneurs with experience in web, new media and finance.

Vodafone also committed to opening a technology lab and incubation centre in Tech City, building on the experience it gathered from its state-of-the-art 'xone' lab in Silicon Valley. Encouraged by the early success of xone, it is looking to replicate the experience in Tech City, where there is a powerful combination of venture capital investment and start-ups focused on mobile internet and creative media.

But it's not just technology. Despite all their threats to take their businesses overseas, the big banks and financial services providers continue to pay over the odds to locate their head offices in the City of London. And then there's Birmingham's Jewellery Quarter - 250 years old and still home to 400 jewellery businesses.

Examples like these litter the world, and what marks them out is their uniqueness and ability to attract the right talent. Lynda Gratton, professor of management practice at London Business School, calls them hot spots. She argues that, as globalisation continues, a greater number of people will choose to move to the megacities of the world, and talent pools will be created in areas across the globe where the population is connected to the world knowledge net. This will lead to the creation of work 'hubs', both on and offline.

"By 2025 it will be the norm to work mainly from home or in small hubs to avoid the costs of commuting. Most women will work outside the home and more people will work as freelancers, expecting more autonomy.

In this world, the value of an organisation will be held in its social capital and relationships within and across businesses. Gratton's view of a network of employees pulled in to specific projects from across the world initially feels like the end of physical location. But the concept of the hub in which like-minded people gather and share ideas gives it a new lease of life. This hub could well meet online, Facebook-style, but - as Silicon Valley and Tech City prove - it also has a physical significance in the form of cities where people want to live, work and socialise in a specific location.

According to the Royal Institution of Chartered Surveyors (RICS), when city policy-makers align their policies to attract both employers and employees, businesses are more likely to locate there.

A report it released in March shows that, while cities are competing across the globe to attract and retain companies' commercial and industrial sites, in many cases they fail to provide business with a coherent case to locate. The cities that will continue to flourish are those that understand the full range of business demands - a talent pool, good 'liveability', transport infrastructure, business-friendly tax and regulatory regime - and act accordingly.

In the UK, Manchester is an example of this joined- up approach. Its inward investment agency MIDAS has identified the unique selling points of the city and now successfully promotes it to businesses, pulling on its strengths in innovation and creativity and ability to attract pioneers and the brightest minds.

Nigel White, marketing expert and author of City Essence, says companies spend a lot of time discussing the values and culture of their business, but very little time in understanding the DNA of the location they are in, or to which location they should relocate.

"Where you are based can have a huge impact upon the culture of a business, if you apply a similar thought process to what makes your location distinctive as you do the culture of your company within it," he explains. "Because, if you can identify the unique characteristics of the area in which you're based, and match them with your values and ways of working, you'll create a stronger culture with a more natural fit, enhance local pride in the business, reduce employment costs and even jointly amplify those values for mutual benefit."

His work researching the 50 cities of England has uncovered a new way of thinking about locations and matching them more effectively with businesses and brands.

"The language and approach used to identify and communicate a company's culture can be perfectly applied to locations," says White, who goes into detail on page 31.

New York and Copenhagen-based innovation and strategy consultancy ReD spends its time crunching data on people and their environments, and says the new trend is to sell a city on its people and their lifestyle.

"Big companies are now not looking at a location as a single centre, but are instead spreading their businesses among multiple locations where they don't just develop but also sell their products," says Mikkel B Rasmussen, director of ReD's European division. "Once corporations decentralise and move to a hub-and-spoke model, more emphasis gets placed on the values implicit in a particular location. Local design culture, the regulatory environment, specialised knowledge, and an advanced and sophisticated lifestyle are all important factors for companies. The new economic landscape means that all cities must compete not for greenfield projects but for talent."

Charles Landry, owner of Comedia and an international authority on the use of imagination and creativity in urban change, says city planners across the world are talking about needing to be creative. "To be individually and organisationally creative you need the right environment," he says. "Uncreative cities will decline and fail. It used to be that people would choose the company and job first and then the city, now this is reversed and the educated choose the city then choose the job."

Neil Lee, head of the Socio-Economic Centre at the Work Foundation, believes, however, that sometimes the quality-of-life angle gets overplayed. "Are workers more attracted to a city because of an art gallery or coffee shop or where they can get a job? To attract skilled workers, quality of life is important, but this is outweighed by jobs," he says, pointing out that some of the major growth areas in the past decade have been towns such as Reading, Milton Keynes and Guildford in the south-east - towns that are known more for good transport links, decent housing provision and skilled labour pools than for trendy galleries.

What is clear is that there is a big talent issue for cities. "Over the past 30 years graduates have increasingly moved to cities that have a strong skills-base," says Lee. "Oxford, for example, has increased its share of the population that has a degree much faster than Doncaster or Chesterfield. But the idea that a city can grow by attracting talent from elsewhere is a zero-sum game for the national economy."

Barriers to city growth arguably include the over-reliance in the past on big public sector regeneration projects and infrastructure gaps.

"If you take the line of cities between Liverpool and Hull, such as Leeds, Sheffield and Manchester, this could be a world-leading conurbation - but the transport links are poor," explains Lee.

On the other side, having a university or exceptional educational establishment is a benefit to cities. At the same time, evidence from cities outside the UK, such as Copenhagen, shows that having highly skilled people living close to the city centre is also beneficial for overall job creation. For example, 53% of those with no qualifications are in work in Oxfordshire versus only 33% of those in Tees Valley or Liverpool City Region.

"The chance of lower-skilled workers, such as security guards or childminders, getting a job is higher if they live in a city with skilled workers. But they all need to be close to the centre," says Lee.

In October, Lord Heseltine released the findings of his review, which looked into the UK's ability to create wealth. The review, No Stone Unturned in Pursuit of Growth, talked about the need to support cities in order to raise their game. "England's cities are pulsing with energy," he says. "Unleash it."

He calls for more devolution of funding and for major UK cities to have a greater say in their economic future to drive wealth creation and jobs. However, Work Foundation's Lee says there is little hard evidence that devolving power has any impact on growth.

Take Birmingham. It managed to restructure its economy after losing two-thirds of its manufacturing jobs between the late 1970s and 2005. But despite investment in the city centre and from a regional development agency, the city shed almost 24,000 private sector jobs between 2003 and 2008 - at a time when the national economy was growing.

What is clear, though, is that cities are important in delivering UK growth, and employers will seek to locate themselves in the right one for their business for a long time yet. But, as Lee says, what causes companies to locate to a particular place is complicated. "There is an element of chance," he concedes.