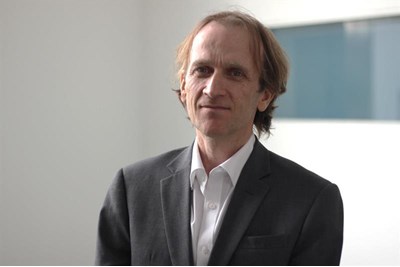 What to do about Brexit is a pressing question. Any period of substantial structural change represents both an opportunity to examine ourselves and an opportunity to understand employment markets. Take the City of London as an example of a regionally important market. We can see the best parts of regionally important industries dumped into a tiny area, all co-operating, competing, communicating and relying on each other.

What stands out in public discussions and the press is a generalised fixation on the City. It’s interesting that its borders – who’s in, who’s leaving and where they’re heading – have suddenly become a matter of national concern, when what the City does is organise a market without borders. The City supports 100,000 business administration positions, 87,000 roles in financial services, 80,000 in professional services, insurance comes in at 50,000 jobs, technology at 25,000, and retail with 23,000 positions. As we approach 29 March 2019 – the day the United Kingdom is due to leave the European Union – how will this employment pattern change?

It would appear that net employment losses in the City are likely. Perhaps these losses in 2019 will prove no larger than any of the five big employment dips since 1997. Certainly, there has been widespread expectation that the City’s employment landscape is about to change. Between March 2016 and November 2017 the 14 regional newspapers distributed in central London published at least 700 articles alluding to the City’s future relationship with the EU. Four rhetorical themes emerge: in descending order we have loss (42% of headlines), existential threat (30%), uncertainty (15%) and hardship (11%). Let’s examine two such articles.

“Wall St warns Trump team of Brexit point of no return. High-level meetings hear lack of clarity threatens thousands of UK financial jobs. […] Absent clarity from the government about post-Brexit plans, the executives said jobs would move back to the US or to other European capitals as banks begin to enact their worst-case contingency plans, the sources said.”

Extract 1 adopts a militaristic tone: ‘Wall St warns’, ‘point of no return’, ‘threatens thousands’. Many headlines have used numbers to frame predicted losses in the City. A headline from October 2016 predicted 100,000 positions at risk. A few weeks later another warned 'Losing clearing would cost London 83,000 jobs […] up to 232,000 losses across the nation'. A year later one read 'Uncertainty over Brexit transition could put 75,000 City jobs at risk'. This type of arithmetic rhetoric speaks strongest to the existential threat theme.

Extract 2 may prompt your knowledge of military history. The headline alludes to the professional status of soldiers in the New Model Army and their eventual fate: unemployment. The New Model Army fought for a commonwealth of England only to be disbanded in 1660 following disputes over pay and political demands. A connection to the ‘army’ of commuters heading for the City of London is clear, as is our classification of extract two under the loss and uncertainty themes.

In all of this the City has been cast both as a victim of circumstances and as something to blame, or that should be made responsible, for the consequences. Why both victim and scapegoat? The answer is employment multipliers. The Office for National Statistics using multipliers between one and five for financial services, insurance and related industries. Whatever happens in the City in the run-up to March 2019 we might expect that to be felt across a range of employment markets. So we could benefit from considering how well we adapt to change.

Conveniently, a tool exists to help you gauge how you adapt to change. It’s called a career adaptability scale and stems from vocational behaviour research. It works according to a five-point scale: five for ‘strongest’ to one for ‘not strong’. If your total score comes out below 60 you might need to work on your adaptability strengths in the run-up to March 2019.