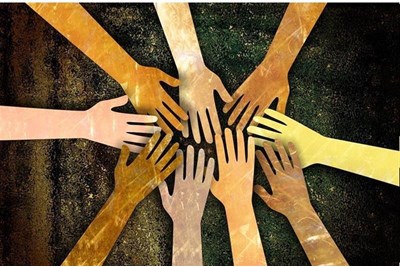 This issues isn’t new, it’s also no surprise the FCA have a bigger problem and are not addressing it. The Equality Act was created to ensure stop thus.

Lloyds Bank has become the first major UK bank to disclose its ethnicity pay gap, revealing black employees are being paid nearly 20% less than their colleagues.

According to BBC News, the bank said the earnings gap was due to a lack of black employees in senior positions that come with larger salaries and bigger bonuses.

Figures released as part of the bank’s wider race action plan showed the median pay gap between black staff and their colleagues was 19.7%, while the bonus gap stood at 37.6%.

BAME staff account for 10.3% of all staff at Lloyds and 7.3% of senior management.

Lloyds reported its own BAME pay gap for the first time on 11 December, showing a 14.8% median difference. The bonus pay gap stood at 32.5%.

An increase in pay gap reporting has been seen as an encouraging sign of businesses taking action against racial inequality in the wake of social movements like Black Lives Matter.

“Greater transparency like this is what is needed if we are to have any hope of levelling the playing field and making a real difference in the cultural capital and BAME make-up of organisations such as Lloyds.

She added: “It also demonstrates that a radical rethink of recruitment and succession protocols is called for. As Lloyds have discovered, traditional methods don’t engender true diversity and inclusion across the board.”

Though releasing the data may be regarded as a move in the right direction, Binna Kandola, business psychologist and co-founder of Pearn Kandola, warned of the risk of complacency when it comes to tackling racism within the talent pipeline.

He said: "We keep hearing from companies that the race pay gap is driven by the higher number of non-BAME employees in senior, better paid roles. The problem here is that this suggests that people are in fact being paid the same, regardless of race.

“This complacent theory forces us to ask another question: why are the majority of BAME people not achieving the same opportunities as their white colleagues?

“Considering that the majority of senior roles are filled by white people, this would suggest that white staff are given preferential treatment and are able to climb the ladder more quickly.”

He added: “Performance evaluations, career development and line manager support are all crucial ingredients, and the people operating these systems must receive the training and support required to conduct these processes with career and accuracy."

NatWest and Barclays are the only other major lenders to have previously published combined pay gap data for black, Asian and minority ethnic (BAME) staff, though Santander UK expects to follow suit later this month and Virgin Money plans to do so in 2021.

Lloyds’ outgoing boss, António Horta-Osório, said: “We want to be clear that we are an anti-racist organisation – one where all employees speak up, challenge, and act to take an active stance against racism.

“In doing so, our colleagues will help break down the barriers preventing people from meeting their full potential.”

This issues isn’t new, it’s also no surprise the FCA have a bigger problem and are not addressing it. The Equality Act was created to ensure stop thus.