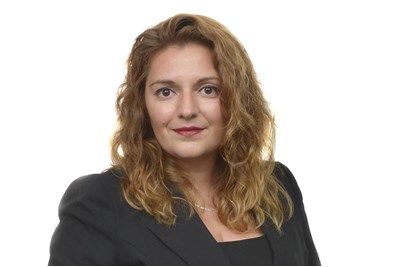 In the face of a possible 'no-deal' scenario, employees could stand to lose the most

Every day it seems the UK is either edging closer to agreeing a deal, or drifting even further away from one. While most of the business world – and the UK in general – is hoping for some final clarity soon from the government, what would the UK’s immigration landscape look like if we do walk away from the table empty-handed?

Firstly it’s important to emphasise that even in a ‘no-deal’ scenario it is highly unlikely there will be any immediate impact on EU citizens living and working in the UK. This protection is enshrined in the EU Withdrawal Act 2018 and forms a cornerstone of the UK’s exit. At a European level, there will be a similar right to allow EU citizens an interim period to regulate their status in the UK, so, at least in the short term, their rights in the UK will be unaffected.

If a ‘no-deal scenario’ were to mean that EU nationals living and working in the UK were to lose their residency rights, the government would face an administrative nightmare. Failing to secure a deal would effectively mean the transition period (due to last until December 2020) would fall away, placing a much tighter time period on foreign workers who would need to regulate their status to remain.

An area of more concern, particularly for employers, in a ‘no-deal’ scenario is the future of UK employees posted to business operations in other EU territories. Without an agreement in place between the UK and EU that defines their long-term residency rights, they would find themselves regulated by the individual immigration system of their country of residence.

Many of the bi-lateral workplace security rights that come into force when a worker is seconded to another EU country were put in place some years ago, before the UK joined the EU. Relying on such ageing legislation would pose a significant risk and it is likely that each individual EU country would have to put in place some form of transition period of their own. This would no doubt enact a significant amount of cultural change and widespread discordance.

Crashing out of the EU without a deal in place, while unlikely, could also be extremely detrimental to the UK’s ability to attract top talent from across the world stage. Being perceived as a country with a blinkered and unwelcome attitude to immigration would immediately make the UK much less attractive to individuals and businesses, and there is a possibility that companies with foreign hubs here could choose to close them.

The visa requirements for international migrants in this scenario are also unclear. For example, would all types of migrants have to navigate a system similar to the current Tier 2 process for skilled foreign workers? If so, the administrative burden placed on the Home Office and government would be significant and it is likely there would be large backlogs of applications.

For businesses that take advantage of current levels of global mobility, while a shutting down of UK borders in the event of a ‘no-deal’ scenario may be highly unlikely, being proactive and having conversations about likely scenarios is wise. Among organisations with EU hubs, this should include thinking about how viable these overseas operations will be going forwards, in terms of the ability to maintain the UK workforce abroad.

Communication is also crucial to the process and having frank and open discussions with workers, both UK and EU-based, around what to expect from the withdrawal scenario will be helpful and well-received.

While scenes of total chaos are unlikely, a ‘no-deal’ scenario would place strain on both employers and their workforces. The level of free movement that is enjoyed today is likely to shrink in any scenario and the UK must ensure that every step is taken to mitigate against reputational damage on the global stage and continue to remain an attractive place for both skilled and unskilled international talent.