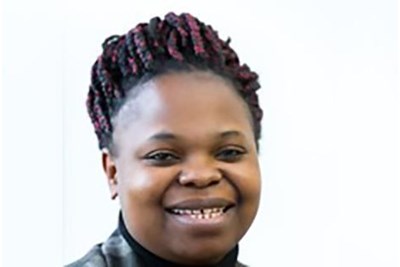 It’s been three years since the introduction of SPL regulations in the UK, but still the uptake has been disappointingly low. Although 285,000 couples every year qualify for SPL, the government estimates take-up to be as low as 2%. Previous research identified a number of factors as to why there is such low uptake of the scheme, including financial cost, a lack of awareness, and mothers not wanting to share their time.

I recently looked at why mothers may not want to share their leave, and my findings suggest this is because of a lack of awareness about the policy and its benefits. The research data was obtained from 756 online responses and 20 semi-structured interviews with people who had babies on or after 5 April 2015 (when SPL came into force).

Mothers often feel they have earned the time away from the workplace, as indicated by 39.2% of the survey respondents. One father in the study expressed that although he would have loved to have spent more time with his daughter, his wife had refused to share her leave, saying: ‘It’s me [who] had to carry the baby for nine months, it’s me that had to go through childbirth, so I'm having the year off’.

It’s worth bearing in mind that a mother is only able to share her maternity leave if her health, and that of her baby, is good after the birth. Nearly a quarter (21.1%) of the survey respondents agreed that health was one of the major determining factors as to why they would not consider SPL. One mother said: ‘I suffered hyperemesis in my pregnancy and learned I simply couldn't work how I used to, I was signed off a lot. I've accepted my career will go on the back burner for a while’. However, both parents can take SPL concurrently and so the father could take leave and support the child and mother through any health challenges.

Some mothers felt that the type, nature and pattern of work they do deterred them from sharing their leave, particularly for those who were breastfeeding. One mother said: ‘I am a paramedic working long and varied shifts and I wanted to breastfeed on demand until past one year. This would not have been possible if I had returned to work prior to one year’. But it would have been possible for her to return to work and continue breastfeeding with a better understanding of how SPL works and the right support from her employer.

The key factor for fathers was the perceived effect on their career. Most of the mothers interviewed expected their career to be affected by having a family and thought their partner’s career would also be affected if they took SPL. ‘With my career and earnings already taking a hit for the baby, why do the same for my husband who may be passed over for promotion if he disappeared for three months?', said one.

Some fathers still felt deeply rooted in the tradition of men being the breadwinners of the family. This cultural expectation can only be changed by instruments such as SPL and awareness-raising activities by employers and the government.

Organisations are failing to promote SPL

Organisations are failing to raise awareness among employees; while most organisations have policies on SPL, many employees (only 18% of the survey respondents) haven’t heard about it from their employers. Workplace policies relating to SPL are often complex and difficult to understand: ‘It's bureaucratically difficult to do. Policies can be confusing’, explained a respondent.

Compared to other family-friendly rights, employers are yet to normalise SPL practices. This should include treating men the same as women when negotiating SPL. One mother said: ‘My partner’s employer tried to dictate what he could take and made it difficult when renegotiating the SPL when our plans changed.’

When employers enhance maternity/paternity leave but not SPL this discourages parents from taking SPL. One mother expressed her concerns by saying ‘we both work for the NHS and are eligible for enhanced maternity pay because of how long we've worked there. However, if we'd have taken SPL we'd have lost the enhanced pay so we would've been financially much worse off’.

It’s not just employers that need to do more to raise awareness among their employees though; the government needs to be more proactive and further push the Share the Joy campaign. Additionally, fathers should be given a separate right from mothers on a ‘use or lose’ basis; so that a father will still have the option to take his leave regardless of the mother’s decision to take hers and without needing the mother’s consent.

It’s important that employers engage with SPL policy as it has the potential to change cultural and societal norms and achieve gender equality. Employers should proactively communicate the policy to staff and, where necessary, hold workshops to raise awareness and develop a maternity/paternity/SPL checklist for staff expecting a child that would ensure the policy is communicated to all. In order for SPL uptake to improve employers need to make it normal practice, as with maternity and paternity leave.