In 1991 the death of Robert Maxwell uncovered years of fraudulent activity, the upshot of which was Mirror Group employees lost hundreds of millions of pounds from their company pension fund. Suddenly, the idea of protecting workers’ pensions from their employer (something that had barely been considered up to that point) became a hot topic. Sadly, with the revelations coming out in former BHS executives’ evidence to the parliamentary committee, along with Tata Steel’s workers facing a reduction in pensions if the business is to be rescued, the issue of pension protection has become more relevant than ever.

The type of pension schemes that made headlines then and now are defined benefit (DB) schemes. These are typically employer-led and give a supposedly guaranteed income in retirement based on a worker’s final salary. This kind of scheme has been in decline for years, with defined contribution (DC) schemes, typically managed by an external supplier and with the final pot determined by how much a worker pays in throughout their working life, gaining in popularity. The introduction of auto-enrolment pensions, which are exclusively of the DC variety, is accelerating this process.

The Pensions and Lifetime Savings Association (PLSA, formerly the NAPF) annual survey for 2015 revealed that 60% of employees were in DC rather than DB schemes, up from 32% in 2011. And existing DB programmes are increasingly becoming a closed shop. Around half (52%) are open to new members now, compared with 69% in 2011. The increased cost of running employer-led pensions, which has more than doubled to £48 per head in five years, is the biggest reason for the change.

“The risk in DB sits largely with the employer who’s supporting that scheme,” explains PLSA DB policy lead Helen Forrest Hall. “As such it’s important that the employer is a strong and ongoing concern. So it’s not entirely risk-free for members, but they’ve got a sense of what they’re likely to receive when they reach retirement.”

The BHS and Tata Steel cases have put into sharp focus the fact that, while they have their attractions, the risks of DB schemes that Forrest Hall mentions are very real.

Hargreaves Lansdown head of retirement policy Tom McPhail stresses that while “catastrophic failures” do happen, in the vast majority of workplaces safeguards are in place to prevent them.

“Anywhere you have these schemes in place you have trustee bodies (incorporating members of senior management and employees from the company) working with the employer and external professionals such as actuaries, to ensure that the scheme is well-served, well-funded and well-managed. Ultimately the boards are there to ensure the employer is making sufficient contributions to ensure that members’ benefits can be delivered,” he explains.

Former BHS owner Philip Green’s recent appearance in front of the Work & Pensions and Business, Innovation & Skills Committees has shed concerning light on the disconnect some business owners have with their stewardship of pension schemes.

Green told the panel: “This issue wasn’t on my table. It was down to the back office, consisting of finance, trustees and HR, to manage it.”

But this is not a task that even senior HR professionals relish. It’s a very sensitive issue among employers, so many refused to go on record in case a similar scenario to BHS occurs in the future and their words can be used against them. One HRD, who is responsible for a staff of more than 20,000, tells HR magazine a DB scheme “is like an albatross around the neck” of some employers.

“Having that scenario, where the risk lies entirely with you, is something everyone dreads these days,” he says. “That’s why this has largely died out and new members are largely not being allowed to enter these schemes anymore.”

McPhail believes that the “broad framework” to prevent "another BHS" is “largely in place at most businesses”. But obviously in the case of BHS and Tata Steel, this has been shown not to be the case. In both companies a sudden financial crisis meant that a huge deficit in the business’ pension scheme was exposed. In the case of BHS the deficit is £571 million. The British Steel Pension Scheme, which Tata Steel workers are relying on, was shown to be running at a £2 billion deficit in 2014.

It’s far from unusual for employer pension schemes to be running at a deficit. The Pension Protection Fund (PPF)’s 7800 Index, dated May 2016, revealed that in the UK there are 4,864 schemes in deficit compared with 1,081 in surplus. The total aggregate deficit for the country now stands at a hefty £294.6 billon.

If companies continue to trade and make profit this isn’t necessarily a problem. But in cases of insolvency or unwise M&A activity, both of which are features of the BHS and Tata Steel cases, it can lead to things going very seriously wrong.

The good news is that, since the last major scandal in 1991, provisions have been put in place to compensate workers who have suffered a loss of pension through employer insolvency. The aforementioned PPF was set up by the government in 2006 for this very purpose.

Current policy is to compensate workers at retirement age, as well as those forced to retire through injury or illness, to the tune of 100%. Those under retirement age, but still eligible for a DB pension from an insolvent employer, are paid 90% of their pension by the partly state-funded body. While this is an effective life raft for now, whether this will always be the case is less than certain, McPhail says.

“Given the fairly rapid decline of DB provision and the scale of the deficits that persist across the majority of DB schemes, there are question marks over the long-term funding model of the PPF,” he says. “With the DB schemes in place, there are legitimate questions over not just when but whether the deficits are ever going to be closed. This is seen as part of current financial policy since 2008, but eight years later it doesn’t seem to be shifting. So the ability of the PPF to cope in future if current trends persist is not in any way a given.”

Despite the fact that they are no longer being set up by employers, existing DB pension schemes are something they will continue to need to manage for decades to come. Although you would hope not every company owner is as disconnected as Green apparently was, it’s clear that back-office functions such as HR need to assume at least some responsibility for the schemes’ stewardship until the last is no longer active.

Regular engagement with trustees and benefits teams is key to ensuring that no nasty surprises are waiting around the corner. For as long as the responsibility of pensions lies with employers, it’s something they need to take as seriously as any other issue in employee management.

The voices of criticism that wont go away 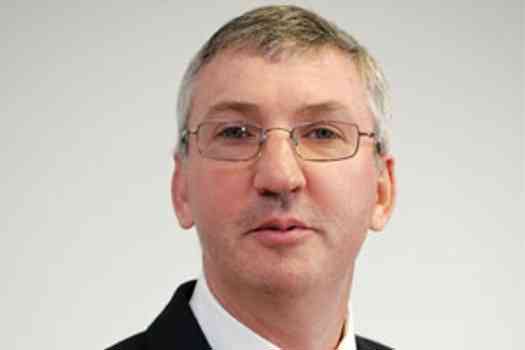