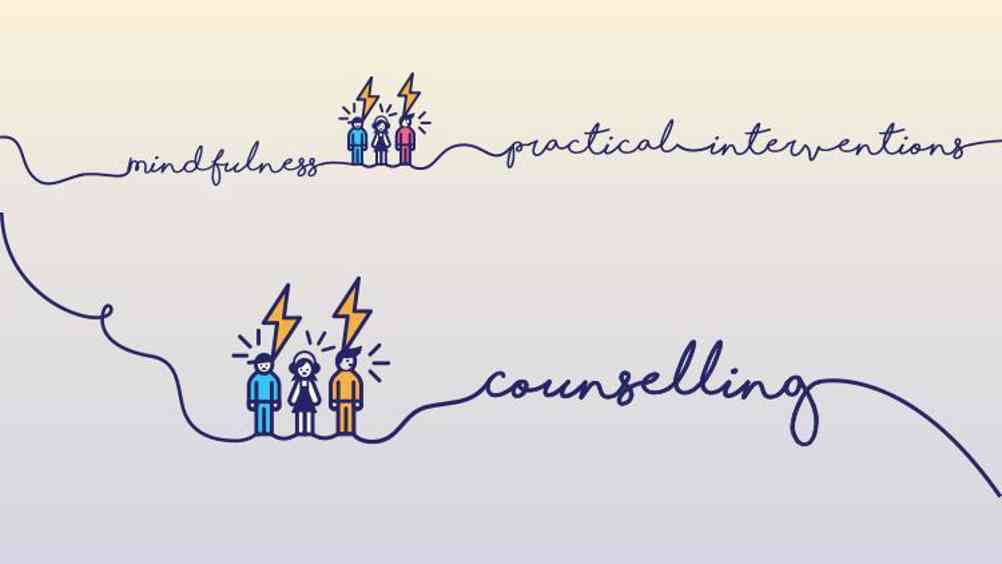 With mental health increasingly an issue for young people, how can employers ensure they meet the needs of those entering, or relatively new to, the world of work?

In January this year Prince William, famed for his work raising the profile of mental illness with Royal charity Heads Together, took the fight to the World Economic Forum in Davos. At the Swiss gathering of the great and good of the global business and political communities, leaders queued for nearly an hour to hear the Duke of Cambridge speak alongside Jacinda Ardern, the New Zealand prime minister, to call for an end to the stigma that surrounds mental health issues.

The prince suggested the British stiff upper lip approach of the wartime generation was responsible for some of the stigma. “Wartime was very, very difficult for everybody,” he said, adding that it was believed “no matter how much you would talk, you were never going to fix the issue”.

This is a challenge that Alison Bell knows only too well. As HR director of MTR Crossrail (the organisation responsible for running the network, not building it) she has seen the potential dangers of a Millennial workforce (those born between 1981 and 1996, so aged 22 to 37) inheriting the attitudes of their older peers.

“A lot of rail professionals – managers and senior people – will be male, middle-aged and white and won’t believe that there is such a thing as a mental health condition,” she says. “They don’t think it exists. [And] because it’s ingrained in the industry, the older people who’ve been around a while tend to influence the younger ones coming in.”

And yet, by any measure, Millennials appear to be facing bigger challenges than their older colleagues. Research published in 2017 by the Varkey Foundation showed that young people in the UK have some of the poorest mental wellbeing in the world, with only Japan falling below British Millennials by levels of stress and anxiety. More than half of the UK Millennials questioned said money was among their top three causes of anxiety, while on a more macro level they worried about terrorism and climate change.

Stress on entering the workplace is increasingly commonplace, and is apparently trickling down – along with other anxieties – to those Generation Z workers (those born between 1995 and 2010) just entering the world of work. This stress is felt more profoundly in some sectors than others, according to recent research from the City Mental Health Alliance (CMHA), whose members include Bupa, Deloitte and Goldman Sachs.

It found that more than half of graduates were concerned about a career in finance, legal and professional services having an impact on their mental health. Furthermore, nearly three-quarters said they were concerned about meeting the expectations of employers, while 78% were worried about the cost of living in
a big city.

“The research shows that we need to do a much better job of helping young people understand that they can have full and thriving careers and also take care of themselves. There’s certainly a perception [of the financial, legal and professional services] that we need to work to address, while also providing support to existing employees,” says Beth Robotham, vice-chair of the CMHA and chief of staff at Goldman Sachs.

First-jobbers are one of the groups identified by Big Four professional services firm Deloitte as potentially being more at risk of high levels of stress. Tim Ackroyd, health and wellbeing lead for Deloitte’s 17,500 staff in the UK, says identifying key transition points in people’s careers is a useful way to help identify potential problems before they arise. “We look specifically at the transition as opposed to the demographic of the individual,” says Ackroyd. In practice this means a keen focus on supporting employees as they enter the firm after university.

“We developed an app called Discover Deloitte, which our graduates and apprentices can download once they have received their offer and know when they are joining the firm. That gives them an insight into all they can expect when joining, as opposed to them turning up wondering what’s going to happen on their first day. We’re trying to smooth that [transition] out so they can focus on things like how do they find somewhere to live, if they’re moving to London, for example.” Deloitte also runs programmes to support new parents and for employees approaching retirement age.

In many ways, the challenges faced by the current generation of graduates are nothing new. What is new, however, is greater awareness around mental wellbeing, thanks in part to the work of charities such as Heads Together and its patrons, the Duke and Duchess of Cambridge and Prince Harry. “There’s a danger of saying these are new problems, but perhaps they always existed but we haven’t been so open to talk about them as we are now,” says Robotham. “That’s a great thing: Millennials being much more open about their mental health can only be a good thing for them and their employers.”

But for Craig Jackson, professor of occupational health psychology at Birmingham City University, increased awareness of mental health issues in the workplace isn’t wholly positive. “Whenever you get a topic about health that becomes sexy you get highly professional people who make it OK and social media campaigns that make this condition more widely understood and acknowledged,” he says. “Clearly there’s a benefit to that, in that it can help people who have been suffering for years. The downside is that it creates an atmosphere where laypeople and workforces
begin to perceive workplaces as inherently dangerous places to be.”

But statistically, many people are probably safer and healthier in their workplace than they are at home, explains Jackson. “Psychologically speaking there are things in place at work – social support legislation, for example – that make workplaces less hostile and less adverse than perhaps people’s own homes.”

Nevertheless, there are clearly some workplaces with toxic cultures – environments that will perhaps negatively impact those lower down the food chain particularly. Alexandra Thompson, head of people and culture at Harvey Water Softeners (and someone sitting at the higher end of the Millennial age bracket) experienced a mental health crisis ten years ago when working for a recruitment company. She blames a high level of student debt, concerns about getting onto the property ladder and work pressures, for the difficulties she faced aged 27.

“Back then in that particular industry, there was this 80s bravado: not taking lunches, taking clients out until late in the evening and a very hard-partying work culture,” she says. “I found that really quite detrimental – it affects your sleep, you don’t eat well, you don’t go to the gym, and I know that all of those things were tiny little contributing factors towards what eventually developed into something much worse.”

Now a senior leader in a company that has around 300 staff, Thompson says she has a responsibility to a workforce with an increasing Millennial population to be open and honest about her own experiences. “By not telling people, it’s like saying, ‘It’s really important we talk about mental health but I’m not going to talk about my own.’ It’s not genuine,” she says.

This is a strategy commonly deployed by companies wanting to prove their mettle when it comes to mental wellbeing: putting senior team members on a public platform to talk about their experiences and share their battle scars, proving that a scuffle with ill-health hasn’t halted their ascent. The conversation around mental health at Deloitte, for example, started a decade ago when partner John Binns shared his experience of depression in 2007.

But there are other factors faced by young people today that neither Binns nor Thompson had to contend with: the scourge of social media among them. Online networks such as Facebook, Twitter and Instagram wield a dangerous amount of influence over impressionable young minds, warns Jackson: “My generation had a life before Twitter so we can put it into perspective. But the young people coming into the world of work have known no other way than mobile phones and Twitter and Facebook. It has a massively important impact on their lives, and workplaces need to address that.”

However they choose to tackle the issue, it is certainly in employers’ interests to address the mental health epidemic among Millennials. The CMHA research found that 85% of graduates said their prospective employer’s policy or approach to mental health was important, with 83% more likely to apply to an employer who was more open about their commitment to mental health.

After all, they will ultimately vote with their feet, says Ackroyd: “Attracting talent to any organisation is much more now about the full breadth of what you’re offering, not just what your starting salary is. Certainly, when we’re talking to graduates and apprentices, when they’re looking at all the possible employers out there, they are asking: ‘What’s your approach to health and wellbeing, what support is in place?’. Years ago, we didn’t necessarily have questions like that.”

This piece featured in our Beyond awareness: taking action on employee mental health ebook in partnership with Perkbox. Read the full supplement, including extra box-outs, here 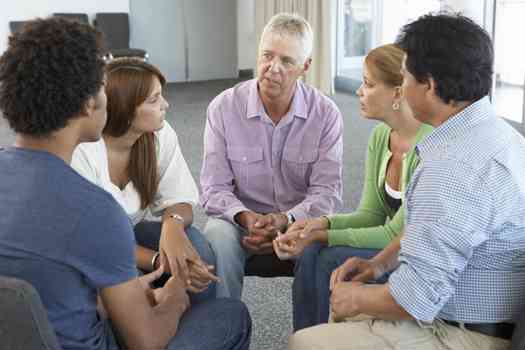 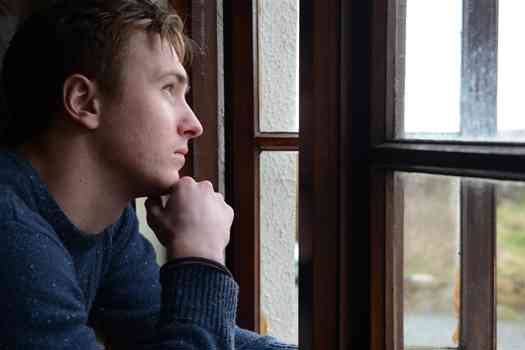 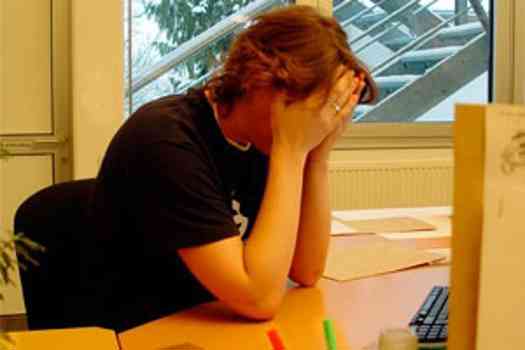 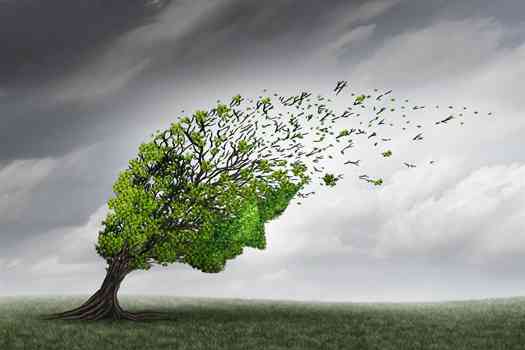