Comparing different cultures on scales of management behaviour can highlight potential culture clashes when working together.

Today, whether we work in Dusseldorf or Dubai, Brasília or Beijing, New York or New Delhi, we are all part of a global network (real or virtual, physical or electronic), where success requires navigating through wildly different cultural realities. Unless we know how to decode other cultures and avoid easy to fall into cultural traps, we are open to misunderstanding or needless conflict.

To help managers negotiate this complexity, I have built on the work of many in my field to develop a tool called the Culture Map. It is made up of eight scales representing the management behaviours where cultural gaps are most common (communicating, evaluating, persuading, leading, deciding, trusting, disagreeing and scheduling). By comparing the relative position of one nationality to another on each scale, the user can decode how culture influences day-to-day collaboration.

The eight scales on the map are based on decades of academic research into culture from multiple perspectives. To this foundation, I have added my own work, which has been validated by extensive interviews with thousands of executives, who have confirmed or corrected my findings. The scales and their metrics are:

Communicating. When we say that someone is a good communicator, what do we actually mean? The responses differ wildly from society to society. I compare cultures along the communicating scale by measuring the degree to which they are high- or low-context, a metric developed by the American anthropologist Edward Hall. In low-context cultures, good communication is precise, simple, explicit and clear. Messages are understood at face value. Repetition is appreciated for purposes of clarification, as is putting messages in writing. In high-context cultures, communication is sophisticated, nuanced and layered. Messages are often implied but not plainly stated. Less is put in writing, more is left open to interpretation, and understanding may depend on reading between the lines.

Evaluating. All cultures believe criticism should be given constructively, but the definition of ‘constructive’ varies greatly. This scale measures a preference for frank versus diplomatic negative feedback. Evaluating is often confused with communicating, but many countries have different positions on the two scales. The French, for example, are high-context (implicit) communicators relative to the British, yet they are more direct in their criticism.

Persuading. The ways in which you persuade others and the kinds of arguments you find convincing are deeply rooted in your culture’s philosophical, religious, and educational assumptions and attitudes. The traditional way to compare countries along this scale is to assess how they balance holistic and specific thought patterns. Typically, a Western executive will break an argument down into a sequence of distinct components (specific thinking), while Asian managers tend to show how each component fits with all the others (holistic thinking). Beyond that, people from southern European and Germanic cultures tend to find deductive arguments (principles-first arguments) most persuasive, whereas American and British managers are more likely to be influenced by inductive logic (applications-first logic).

Leading. This dimension measures the degree of respect and deference shown to authority figures, placing countries on a spectrum from egalitarian to hierarchical. In Nigeria, a child learns to defer to the words of an older brother, teacher, or a parent and an employee applies the same lesson to a boss. In Denmark, a child learns that the teacher or elder is a facilitator and the boss’s opinion is one opinion among equals. Learning to lead across these cultural differences is one of the greatest challenges of working in a global economy.

Deciding. This dimension measures the degree to which a culture is consensus-minded. We often assume that the most egalitarian cultures will also be the most democratic, while the most hierarchical ones will allow the boss to make unilateral decisions. This isn’t always the case. Germans are more hierarchical than Americans, but are also more likely than their US colleagues to build group agreement before making decisions. The Japanese are both strongly hierarchical and strongly consensual.

Trusting. Cognitive trust (from the head) can be contrasted with affective trust (from the heart). In task-based cultures, trust is built cognitively through work. If we collaborate well, prove ourselves reliable, and respect each other’s contributions, we come to trust each other. In a relationship-based society, trust is a result of weaving a strong affective connection. If we spend time laughing and relaxing together, get to know each other at a personal level, and feel a mutual liking, we will trust each other.

Disagreeing. Different cultures have very different ideas about how productive confrontation is for a team or organisation. This scale measures tolerance for open disagreement and views on whether it is likely to improve or destroy collegial relationships.

Scheduling. All businesses follow agendas and timetables, but in some cultures people strictly adhere to the schedule, while in others people treat it as a suggestion. This scale assesses how much value is placed on operating in a structured, linear fashion versus being flexible and reactive.

Cultural relativity on a global team

The map works by positioning cultures up and down these eight scales, allowing the manager to tease out the similarities and differences between two cultures on each scale. When examining the eight dimensions what matters is not the absolute position of either culture on the scale but the relative position of the two. This relative positioning determines how people view one another.

For example, consider what happened when British consulting group KPMG created several global teams to standardise the implementation of management software systems created by enterprise software developer SAP. One global team was composed primarily of British and French consultants, and throughout their work the British complained that the French were disorganised, chaotic and lacked punctuality. “They take so many tangents and side routes during the meeting, it’s impossible to follow their line of thinking,” one British team member said.

On another team, made up of mainly Indians and French, the Indians complained that the French were rigid, inflexible and obsessed with deadlines and structure to the point that they were unable to adapt as the situation around them changed. “If you don’t tell them weeks in advance what is going to happen in the meeting, in which order, it makes them very nervous,” an Indian team member commented.

Why such contradictory perceptions of the French team members? A quick glance at the Scheduling scale (below) shows that the French fall between the British and the Indians, leading to opposite perceptions from those two outlying perspectives.

When I described this experience to a group of Germans and British collaborating on another global team, one of the Germans laughed. “That’s very funny,” he told us. “Because we Germans always complain that the British are disorganised, chaotic and always late – exactly the complaint the British in your example lodged against the French.” Note the relative positions of the Germans and British on the Scheduling scale.

The map becomes most useful when you look at all eight dimensions together and begin to recognise potential challenges and opportunities that may arise when two groups collaborate.

When Paul Jordan, a British manager, joined a Swedish furniture company he quickly took responsibility for a global team made up of employees based in the UK, Sweden, China and Japan. Given that participants came from across the globe he knew that cross-cultural challenges would likely arise. He had assumed the challenge would be bridging cultural gaps between the Asians and Europeans. And it was true that often the Asian team members were uncomfortable with the way the British and Swedish publicly disagreed with the boss in meetings.

He found otherwise Swedish and Japanese employees worked well together, whereas there were more challenges between the Chinese and Japanese. The Chinese griped that the Japanese were slow to make decisions, inflexible, and unwilling to change. The Japanese complained that the Chinese don’t think things through, make rash decisions and seem to thrive on chaos.

After reading The Culture Map, Jordan mapped out the four cultures on the eight dimensions and analysed their similarities and differences.

What he saw explained a lot (see diagram, below).

As Jordan had noticed on his team, the Japanese and Chinese cultures are both less comfortable with open disagreement and direct negative feedback in public than the Europeans. Reflecting that fact, on scales two (evaluating) and seven (disagreeing), the Europeans are on one side and the Asian cultures on the other.

When he took a closer look at scales five (deciding) and eight (scheduling) he saw the likely source of the frustration. Although in Japan, like China, there is a strong deference to authority (scale four, leading), Japan is a consensual society where decisions are often made by the group in a bottom-up manner. That means decisions take longer, as input from everyone is gathered and a collective decision is formed. By contrast, in China decisions are most often made by the boss in a top-down fashion (scale five, deciding). Once the decision is made, there is a great rush towards the finish line.

Furthermore, the Japanese have a linear time culture (scale eight, scheduling). They build plans carefully and stick to the plan. Being organised, structured and on time are all values that the Japanese share with their linear time Swedish colleagues. Indeed, on both scales five (deciding) and eight (scheduling), the Japanese are rather close to the Swedish culture and quite far from the Chinese.

In comparison, the Chinese tend to make decisions quickly and to change plans often and easily, valuing flexibility and adaptability over sticking to the plan.

After analysing the culture map Jordan began to better understand the dynamics in the group and to tease out which aspects of the challenges on the team were related to cultural differences and which were related to simple personality clashes. He began a dialogue with the team about the map and slowly they started to develop a method for how they could improve their collaboration.

Managers have always needed to understand human nature and personality differences – that’s nothing new. What is new is that twenty-first century managers must understand a wider, richer array of work styles than ever before. They have to be able to determine which aspects of their interactions are simply a result of personality and which are a result of differences in cultural perspective. The Culture Map is a first step.

Erin Meyer is a professor at INSEAD and an expert in cross-cultural management. She is the author of new book The Culture Map: Breaking Through the Invisible Boundaries of Multi-cultural Business. 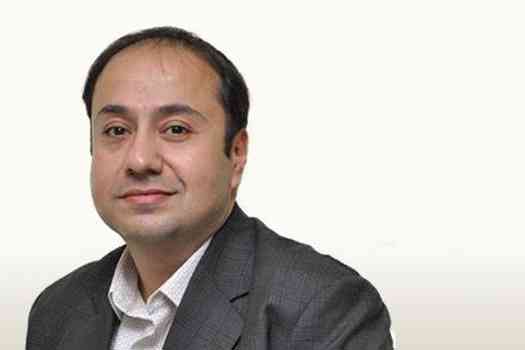 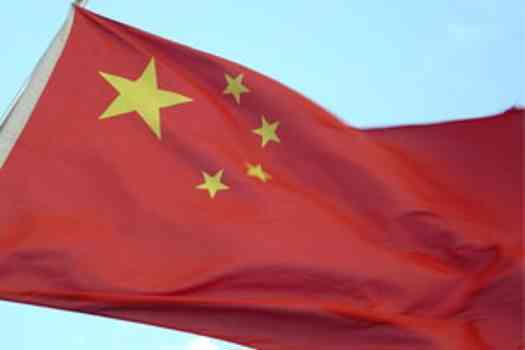 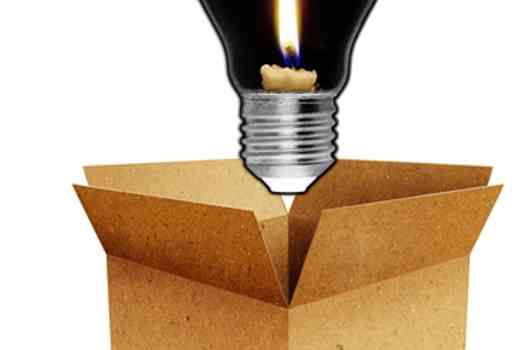 Cultural Intelligence and its impact on business 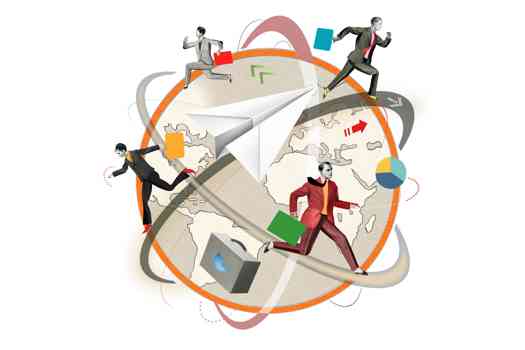 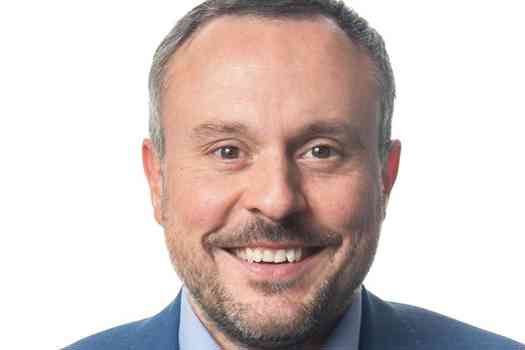 Catering for the multi-cultural needs of society