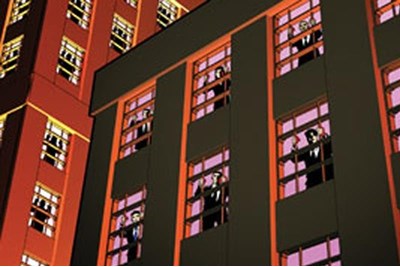 I called ACAS myself when I was in the midst of deciding whether to raise a formal grievance against a former manager. ACAS was polite but not overly helpful, to be honest. The onus is still on the ...

Workplace bullying is a serious problem in Britain, with many people too afraid to speak up about it, according to analysis by workplace conciliation service Acas.

According to Acas, its helpline received around 20,000 calls related to bullying and harassment over the past year. Most (82%) of these calls came from employees, and only about 5% came from the employer. More than half (59%) came from people who were at the stage of talking formal action.

Some callers even reported that workplace bullying had caused them to self-harm or consider suicide.

Its analysis also found that there are more incidences of bullying in certain groups. Those who suffer from bullying more regularly include ethnic minority employees in the public sector, women in male-dominated areas, workers with disabilities or long-term health conditions, those in the healthcare sector, and LGBT people.

While the report admits it is "unclear" whether incidents of bullying are on the increase or whether people's expectations of acceptable behaviour in the workplace are changing, it says "the evidence points to a significant problem in Britain’s workplaces, one that needs to be better understood and addressed".

The report calls for organisations to view bullying as an "organisational problem requiring an organisational response", rather than being seen as "ad hoc conflicts between individuals".

Acas chair Brendan Barber said: “Bullying is on the rise in Britain and it is more likely to be found in organisations that have poor workplace climates, where this type of behaviour can become institutionalised.

“Callers to our helpline have experienced some horrific incidents around bullying that have included humiliation, ostracism, verbal and physical abuse. But managers sometimes dismiss accusations around bullying as simply personality or management style clashes, while others may recognise the problem but lack the confidence or skills to deal with it.”

Calls to Acas around bullying have revealed that victims often fear that making complaints will make the situation worse and that some managers have dealt with bullying allegations by moving people around rather than tackling behaviours. It also found many victims have taken leave to escape the workplace.

Barber called for employers to reassess their anti-bullying policies and look at line manager selection and development.

“Managers with good people management skills are essential to deal with the growing problem of bullying,” he said. “Encouraging a positive workplace climate is just as important as it allows people to have the confidence to report bullying when it occurs.”

I have found this article very informative I have been employed in the NHS for 17 years nearly off and on my employers have stated there is no bullying going on in the worked. I have experienced bullying but the Practice manager moved me in 2011 to a smaller branch away from asst manager whom I had a bullying grievance against. I put up with horrible phone calls/ curt emails and only returned one day a week to the main office where she was it made me feel sick going there but I had no other option, I rang unison in 2011 who told me to document date time incidents I did 1o pages of A4 papers most recent incident Feb 2015..in 2015 I had to get a union rep involved etc but I went off sick at the end of March 2015 two week's prior my manager said she would investigate she did not basically ignored me for two week's I was so stressed I went to my Gp been over ever since,.. Had a Occupational Health indeprndant Gp assessment which the report said I was unfit..work was annoyed it was suggested a clash of personalities between asst manager and myself...most recently work have mentioned my health capacity to work?? Termination of Employment?? Acas for mediation I am not happy about I do not agree with that. In my frustration I have typed my notice out last week posted it to work and asked for month in hand and all my holidays accrued over the year ..some one told me I was not entitled to my months wage whlist on stat sick pay half pay from work nor my holidays.. union rep is looking in to all this but says bullying is hard to proof. Your post was informative to me most helpful Thank you

I called ACAS myself when I was in the midst of deciding whether to raise a formal grievance against a former manager. ACAS was polite but not overly helpful, to be honest. The onus is still on the employee, to risk everything by raising a formal grievance & going through the grievance procedure of the company before ACAS will step-in to help mediate. I did take the step to raise a formal grievance, after suffering a panic attack at the idea of going into the office and facing my manager. I am one of those individuals with a long-term health condition - one which my employer was fully aware of (I disclosed at the hiring process what my situation was, so that there would be no argument about my hiding my health situation). I was bullied for being fat, pointed comments about how my health situation was causing havoc for my manager (I used annual leave entitlement for medical appointments) and the last straw was being told that if she had hired me (she wasn't the hiring manager, she joined the organisation 9 months after me) she never would have, after reviewing my hiring papers. This was blatant discrimination. So I raised a grievance. The gist of it was that I was not believed by HR nor Senior Management (my manger's manager .. not very impartial) as no one heard the comments (oh they heard, but unlike me they were too terrified to say anything). So I tendered my resignation. The funny thing is, as soon as I raised my grievance the FD started a disciplinary against me. I had made a judgement in error with regards to working from home, sending files through an unsecured network to home, but I admitted to it right away. But I found it more than coincidental that as soon as the grievance was formally raised, the FD started a disciplinary. So what has this taught me? Keep my mouth shut and job seek - it's safer that way. It also reminded me that HR is not there for the employee, but there to ensure smooth continuity for the organisation. So if there is a way to get ACAS more proactive in helping employees, then employees should just by-pass HR altogether and go straight to a governmental agency. There is an old saying which is most apt for the UK - a person doesn't leave a job, they leave a manager.

I have undergone harassment and bullying. The manager wanted me out despite i have trained the staff and am fully qualified. I was humilliated, shouted at in 1-1 and mobbing occurred by others. I received emails of sexual nature mentioned rape. I am suffering panic attacks and reactive depression. As a black woman of 25 years service...with diabetes and high blood pressure, i have had horrendous attack on my career in public service.